India and Indonesia have signed 15 Memorandum of Understandings during Prime Minister Narendra Modi's visit to Jakarta.

At the end of the delegation level talks led by Prime Minister Modi and President Joko Widodo, the two countries signed MoUs in various fields including, defence, space technology, scientific and technological cooperation, railways, health, medicine, public administration and interaction between think tanks. Both countries also agreed to celebrate 70 years of their diplomatic relations in 2019-20 .

Under Business to Business (B2B) and Government to Business (G2B) the agreements were signed between Kite Museum Ahmedabad and Layang Layang Gujarat to promote and popularise the art of kite designing.

Archaeological Survey of India and Indonesia's PT Taman Wisata Candi Borobudur, Prambanan and Ratu Boko have decided to work together on beautifying world cultural heritage of the Prambanan Temple and the Taj Mahal. 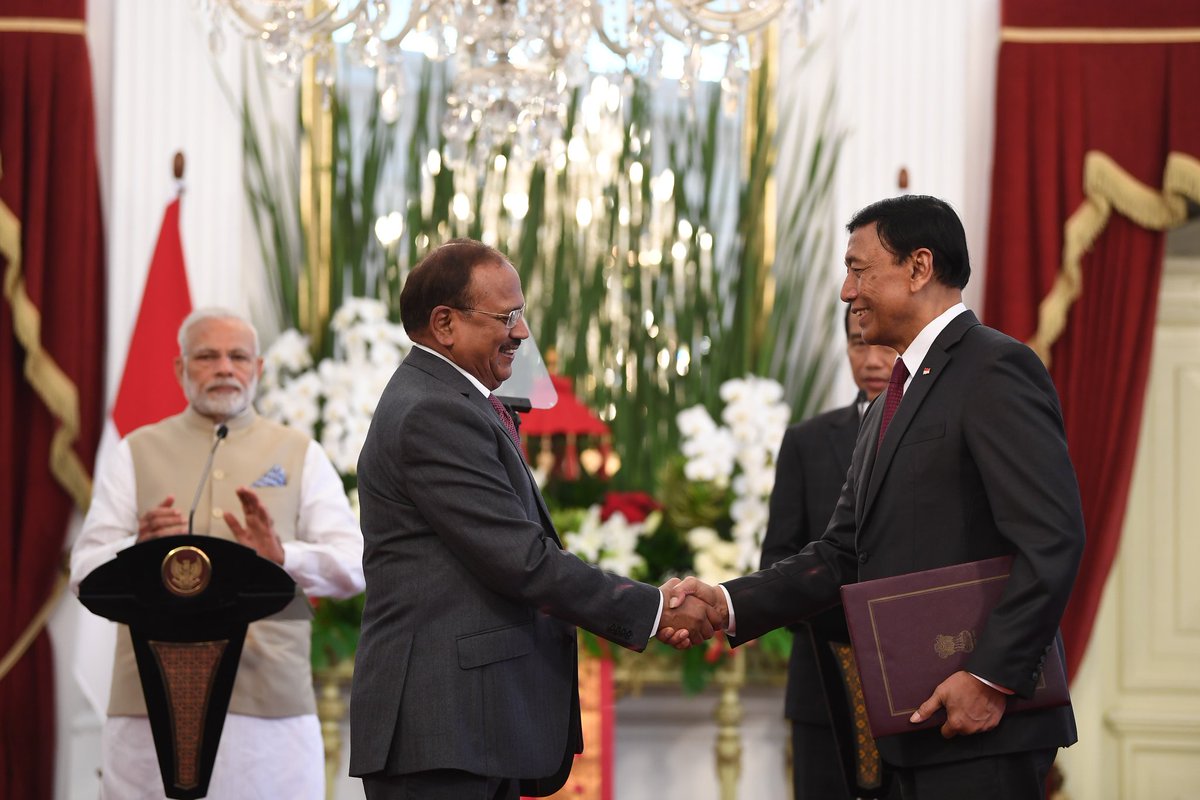 The MoU on scholarship cooperation programme was also signed, that would facilitate study and research at IIIT Bangalore.

Prime Minister Modi, who is on a three-nation tour to Indonesia, Malaysia and Singapore, reached Jakarta last evening.

He began his first official engagement in the Indonesian capital by laying a wreath at the Kalibata National Heroes Cemetery and was then accorded a ceremonial welcome with a guard of honour at the Istana Merdeka-one of the six presidential palaces of Indonesia.

The aim of the visit is to enhance India's relations and engagements with all the three countries, which forms Association of Southeast Asian Nations (ASEAN). (ANI)