The film is a biopic based on the life of Prime Minister Narendra Modi and Vivek is essaying the role of the titular character. Indian film critic and trade analyst Taran Adarsh took to his Twitter handle to share the news alongside a picture of the film's team.

The filming that began in Ahmedabad on Monday and will be shot at several locations across Gujarat, Delhi and Uttarakhand over a period of few months. The film will traverse the journey of Modi from his humble beginnings to his years as chief minister and finally his landmark election as the Prime Minister.

Earlier this month, the makers of the biographical drama shared the first look poster of the film featuring Vivek as PM Modi. The poster was launched at an event in Mumbai by Maharashtra Chief Minister Devendra Fadnavis.

Reportedly, the character of PM Modi was earlier being portrayed by Paresh Rawal, who opted out of the film due to some unknown reasons. 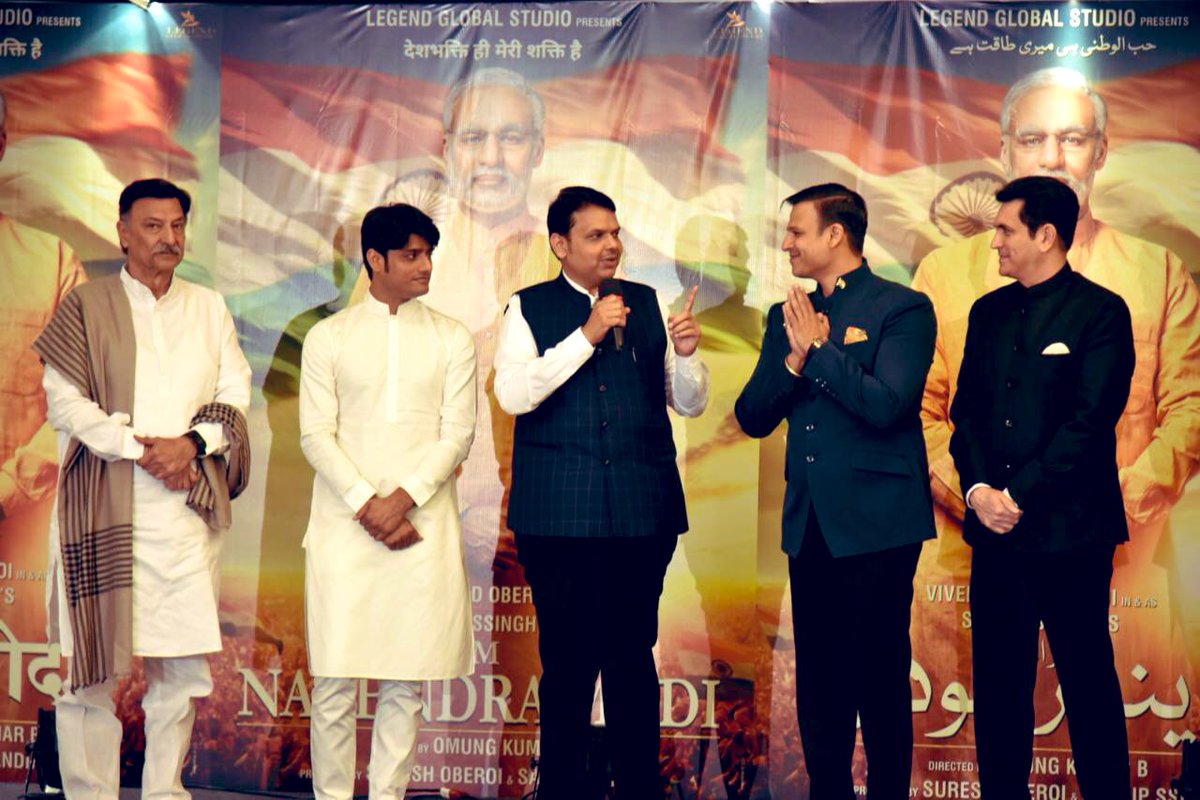 Apart from Vivek, the film also stars Boman Irani and Darshan Kumaar in pivotal roles. This will be Darshan's third collaboration with director Omung after 'Mary Kom' and 'Sarbjit'.

The biopic will be helmed by Omung Kumar, director of some critically acclaimed films including 'Mary Kom' and 'Sarbjit'. The biographical drama is being produced by Sandip Ssingh.

With biopics gaining popularity, this one based on the PM of the country, is surely going to be a treat to watch! (ANI)