Political strategist Prashant Kishor said on Thursday as there are no elections in Bihar in the near future, question of forming a new political platform does not arise for now. Full story on Dynamite News: 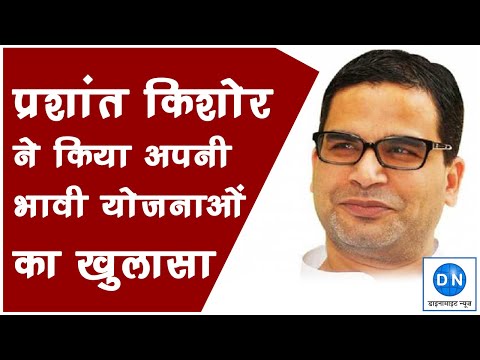 New Delhi: Poll strategist Prashant Kishor, putting a break on all speculations about launching his new political outfit, announced on Thursday that he would dedicate his efforts and energies to bring a new dispensation to Bihar.

Kishor announced a 3,000-km padyatra (march) to meet "as many people as possible”. Starting his padyatra from October 2,  he called it a part of his mission  to bring "Nayi Soch, Naya Prayas (New Thinking, New Effort)" in Bihar.

"I want to start from zero. I will spend the next three-four years reaching out to people with the idea of a good public governance," he said.

Poll strategist outrightly rejected the speculation about any alliances with the state's main parties by criticising the rule of 30 years of both Lalu Yadav and Nitish Kumar.

The "last 15 years", he said, have not gone well for Bihar. "As is being speculated, I am not going to announce any political platform or political party today. I intend to bring together all those who want change in Bihar."

"If we decide in future that we need to make a political party then it won't be Prashant Kishor's party. It will be a people's party," he added.

Prashant asserted that his team had identified 17,000 people who believed in good governance. "Around 90 per cent of these people believe Bihar needs new thinking. In the next three-four months, I will try to meet as many people as I can personally".

Prashant Kishore: Gandhi and Godse can't go together, JD(U) must clarify its stand

Lalu: Will meet Nitish, ask him not to back Kovind

Tejashwi Yadav: Will Nitish ask Modi to probe those named in Panama Papers

Lalu hits back at Nitish, brands him a 'turncoat'