President Ram Nath Kovind along with his wife Savita Kovind departed for Jamaica and St Vincent and Grenadines on Saturday. Read full schedule on Dynamite News:

New Delhi: President Ram Nath Kovind along with his wife Savita Kovind departed for Jamaica and St Vincent and Grenadines on Saturday.

President will pay a seven-day state visit to Jamaica and St Vincent and Grenadines from May 15 and 21. He will deliver an address at the joint sitting of Parliament in Jamaica.

This would be the first visit by the Head of State of India to these two countries and is reflective of India's commitment to small island developing states and to the CARICOM, which is the Caribbean community, of which both these countries are members.

President Ram Nath Kovind departs for a State visit to Jamaica and Saint Vincent and the Grenadines. This is the first ever visit by an Indian Head of State to both the countries. pic.twitter.com/25QsjOp8Ub

The President would be accompanied by his wife, Minister of State of Finance Pankaj Chaudhary and members of Parliament Satish Kumar Gautam and Rama Devi.Addressing a press briefing ahead of the visit, Saurabh Kumar, Secretary (East) in the Ministry of External Affairs (MEA) said that President Kovind will visit Jamaica from May 15-18 before departing for Saint Vincent and Grenadines (SVG).

"The visit (to Jamaica) is of historical significance because it is happening at an important milestone in the history of both countries. This year is the 60th anniversary of the establishment of diplomatic relations between India and Jamaica. India and Jamaica are also celebrating the 75th and 60th anniversaries of their independence respectively," he said.

During the course of his visit, the President will hold discussions with the Governor General of Jamaica Sir Patrick Allen and Prime Minister Andrew Holness.He will deliver an address at the joint sitting of Parliament and participate in a community reception.

The Governor General and her spouse will host a banquet in honour of the President and Savita Kovind.President Kovind will also hold interactions with the significant Indian community in the Island country, and a number of agreements are also expected to be signed between the two countries.

This year marks the 176th anniversary of the arrival of Indians in Jamaica. Jamaica has a 70,000 strong Indian diaspora.President Kovind will visit Saint Vincent and Grenadines from May 18-21 and will hold meetings with Governor-General Susan Dougan and PM Ralph Gonsalves. 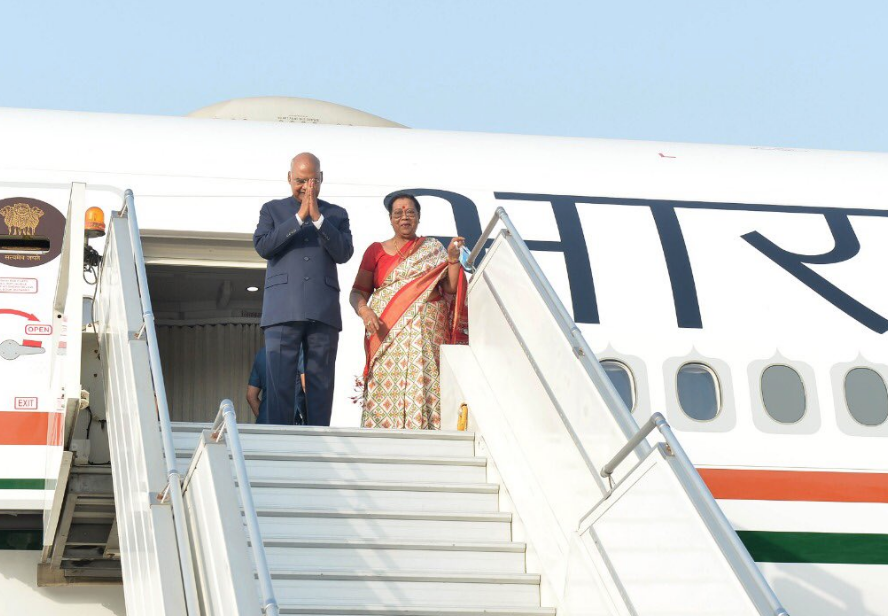 President Kovid will also take part in activities including a banquet hosted by the Governor General, a working lunch and a reception hosted by the Prime Minister, as well as interactions with the Indian community and locals in the small Island country.

"This first-ever visit from India to Jamaica and SVG highlights our commitment to development partnership and sharing of experience, knowledge and skills with small island developing states.," Saurabh Kumar said.

"The visit also underlines the importance we attach to our relations with the Caribbean Community," he added. (ANI)