Congress general secretary Priyanka Gandhi Vadra here on Friday met and interacted with the students of Banaras Hindu University (BHU) and members of the civil society. 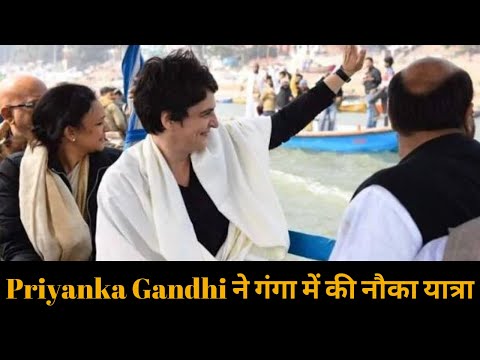 "I have met the children (BHU students) and others. A lot of injustice has happened to them.

What the government is doing is against the Constitution. It is breaking the country," she told media persons here.

As per the itinerary, Priyanka was also scheduled to meet students of BHU and activists who were arrested during the protests against the Citizenship Amendment Act (CAA) and the National Register of Citizens (NRC) in Varanasi.

Earlier, the Congress leader had met the families of those who died during anti-CAA and NRC protests in Uttar Pradesh.

Priyanka had alleged that Chief Minister Yogi Adityanath-led government and the police have taken several steps, which do not have any 'legal' basis and have led to 'anarchy' in the state.

Also Read: Priyanka Gandhi: One who doesn't fight against injustice in country will be judged as 'coward'

"We have submitted a letter to the Governor. The letter is a complete documentation of chaos in the state caused by Uttar Pradesh government, administration, and police. They have taken such steps which do not have any legal basis..." Gandhi had told reporters here.

A Congress delegation had met Uttar Pradesh Governor Anandiben Patel and submitted a memorandum demanding an inquiry into the role of the police during clashes with protestors in the agitation against the CAA across the state. (ANI)