Priyanka Gandhi arrived in Chitrakoot's Ram Ghat on Wednesday to launch the party's 100 days action plan for the "Adhi Abadi", an outreach programme for women voters in Uttar Pradesh.

Ahead of her programme, she paid her visit to Kamtanath temple Following this, she circumambulated the Kamadgiri mountain.

Kamadgiri, a prominent pilgrimage site in the region is believed to have been the abode of Lord Ram, Goddess Sita and Laxman during their exile 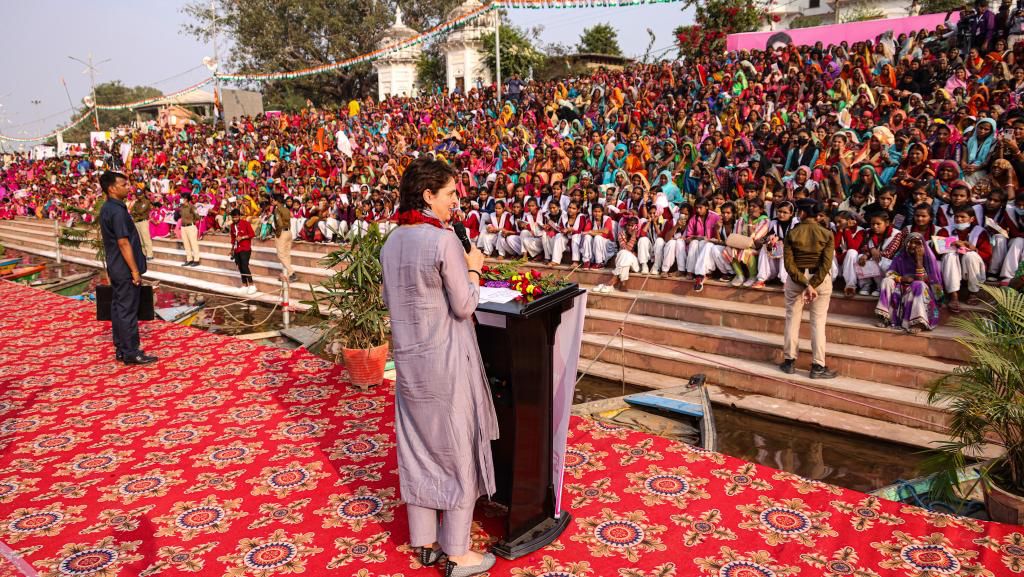 After this, Priyanka Gandhi addressed the women's conference at Ram Ghat.

The Congress general secretary is betting high by announcing that 40 per cent tickets will be given to women in the Uttar Pradesh assembly elections. The Congress leader has also made big promises to woo women voters and for which a separate manifesto has been prepared.

To give an edge to this mission, the Uttar Pradesh Congress has prepared an action plan for the next 100 days. There are about 7 crore women voters in the state and Priyanka Gandhi's banking on this significant portion of the electorate.

According to sources, Congress is also going to commence a big public relations campaign to reach out to four crore women voters in the next 100 days. A brigade of around 8,000 woman volunteers has been assigned for the task with the slogan "Ladki hoon lad sakti hoon". 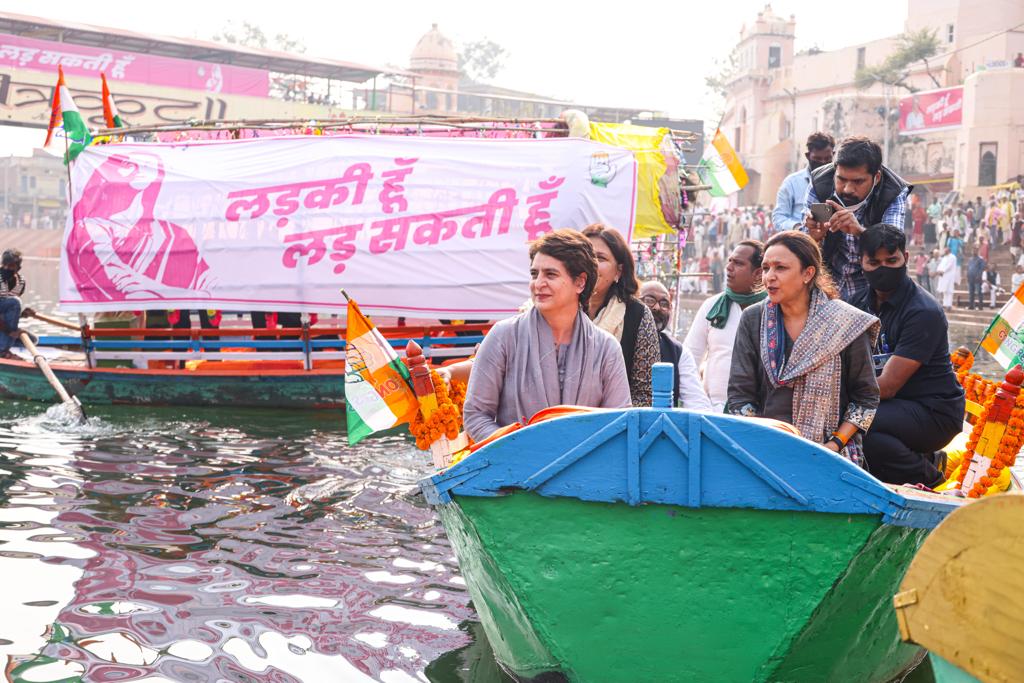 Congress feels that if its gamble on the women's card is successful, then its numbers can be improved. With this hope, the party has designed this large-scale outreach campaign keeping half the population in view.

Assembly elections in Uttar Pradesh is slated for early next year. (ANI)