In an embarrassment for the Congress, Sujay Vikhe Patil, son of the party's senior leader in Maharashtra Radhakrishna Vikhe Patil on Tuesday joined the BJP, saying he took the decision by going against the wishes of his father as he was impressed by the ruling party's work.


Mumbai: In an embarrassment for the Congress, Sujay Vikhe Patil, son of the party's senior leader in Maharashtra Radhakrishna Vikhe Patil on Tuesday joined the BJP, saying he took the decision by going against the wishes of his father as he was impressed by the ruling party's work.

"I have taken this decision against my father’s wishes ... I don’t know how much my parents will support this decision but I will try my best to make my family proud by working under the guidance of BJP... I think the Chief Minister and other BJP MLAs have been supportive and helped me take this decision... BJP MLA Sunil Kardile has supported me and guided me during the last five years and I am thankful to him for helping me reach here," Sujay told media here.

Welcoming Sujay, Chief Minister Fadnavis said that an "upcoming and impressive" leader has joined the party. He added, "In Prime Minister Modiji’s guidance we have seen that if any country tries to harm the country, we will answer them straightforward... we are not scared of anyone now... in the past few days the entire country has seen this... Steps like these have encouraged the youth of the country to support BJP... the best example is Sujay Vikhe’s entry." 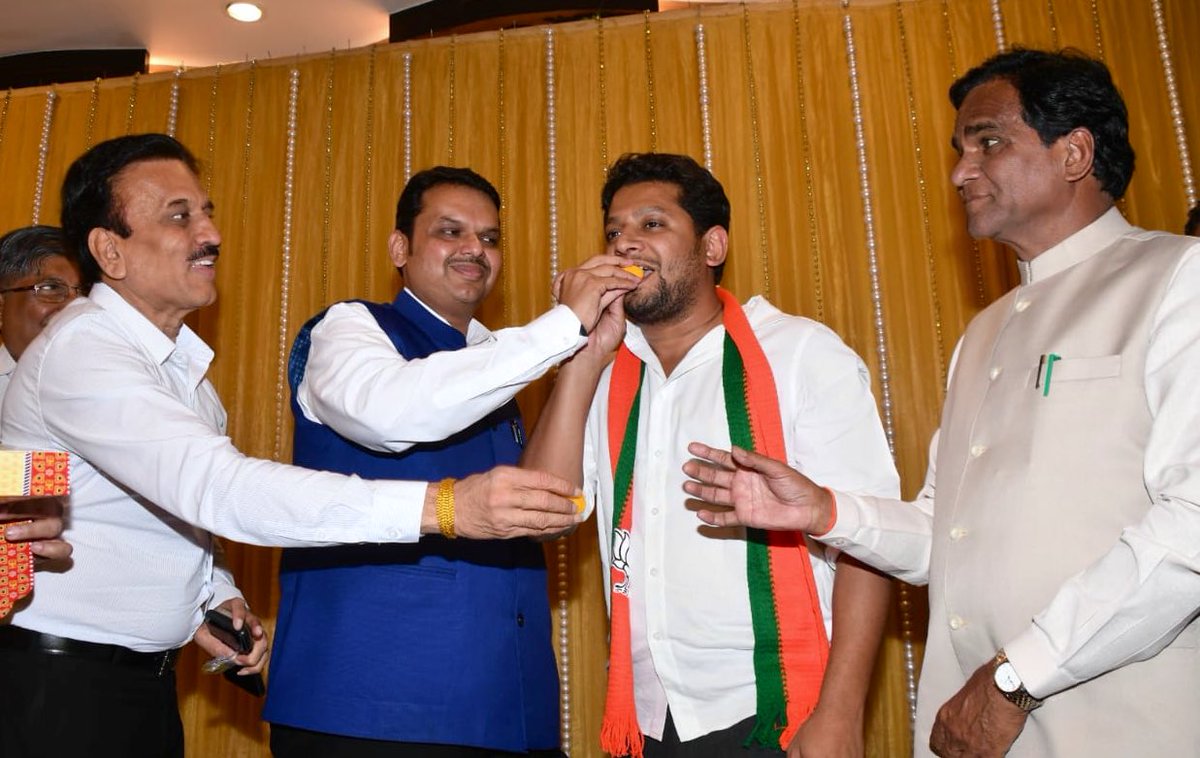 BJP is most likely to field Sujay from Ahmednagar Lok Sabha constituency which is currently held by the party’s Dilip Mansukhlal Gandhi, according to sources.

There are already murmurs within the BJP against Sujay's likely candidature from the seat, sources shared.

The protests are especially from supporters of Dilip Gandhi, a senior MP and also a former union minister, sources added.

Radhakrishna Vikhe Patil had reportedly tried to get a Lok Sabha ticket for his son from Ahmednagar, but the seat was in NCP’s quota as part of its alliance with Congress. 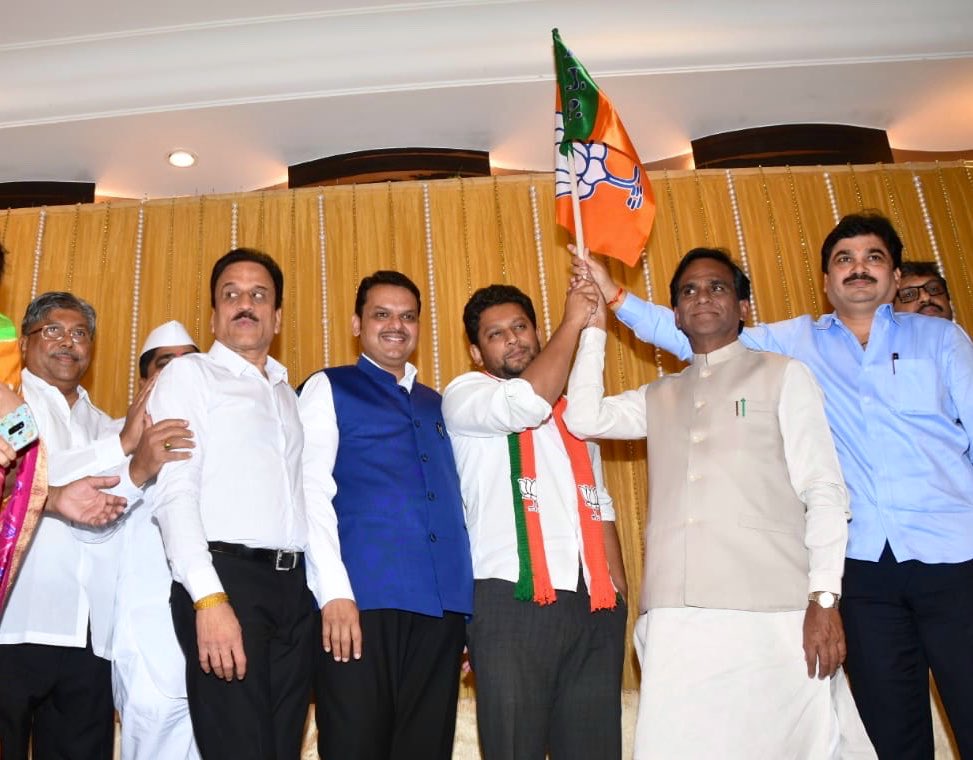 In a press conference, NCP chief Sharad Pawar had confirmed that his party had offered a ticket to Sujay&nbsp;but he refused to contest as an NCP candidate.

Sources said that the Congress party had tried a lot to prevent Sujay's entry into BJP. Apparently, Radhakrishna Vikhe Patil was summoned to Delhi by the Congress. He met Sonia Gandhi and Rahul Gandhi yesterday but the meetings were unfruitful, sources added. (ANI)