Rahul Gandhi said, "We will not allow the BJP and RSS even to touch the Constitution, and neither will the country in 2019."

New Delhi: Congress president Rahul Gandhi on Monday said that the party will not allow the Bharatiya Janata Party (BJP) and the Rashtriya Swayamsewak Sangh (RSS) to touch the Constitution and neither the country in 2019.

Addressing a gathering at a launch of 'Save the Constitution' national campaign at Talkatora Stadium here, Gandhi said, "We will not allow the BJP and RSS even to touch the Constitution, and neither will the country in 2019."

He attacked the Prime Minister Narendra Modi-led government on the judiciary crisis and the way they are interfering in the functioning of the judicial system.

The Congress president also mocked Prime Minister Modi for justifying manual scavenging by calling it a 'spiritual experience' for the Valmiki community. 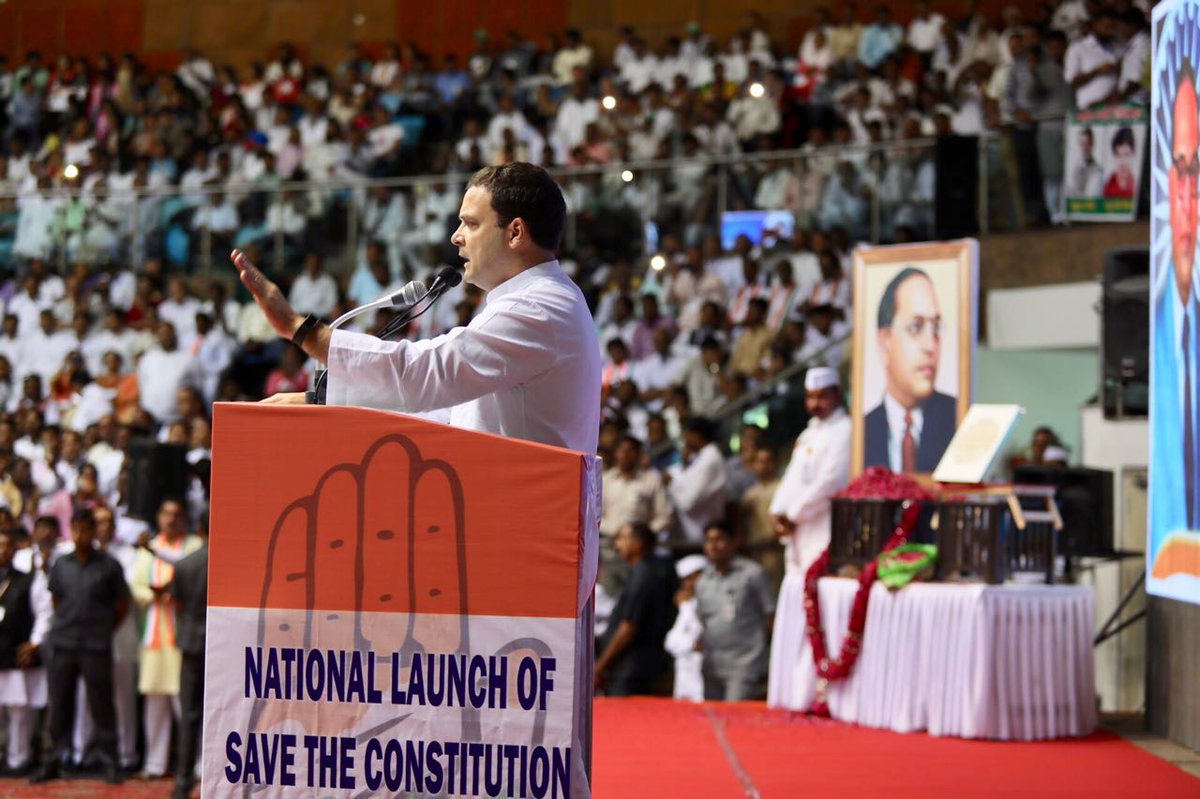 Gandhi quotes Prime Minister Modi's statement from his book Karmyogi and said, "In his book 'Karmayog', the Prime Minister has justified manual scavenging by calling it a 'spiritual experience' for the Valmiki community. This speaks volumes about his anti-Dalit mindset. He thinks that a person from backward class who cleans toilets and gutters gets spiritual happiness. It's their (BJP) thinking, not Congress."

He claimed that the Prime Minister Modi-led government has no place for Dalit and backward class people in their hearts.

"The atrocities against backward class are increasing, and the person who sees manual scavengers getting spiritual happiness does not speak a word after all these incidents," the Congress president said.

Continuing his tirade against Prime Minister Modi, Gandhi scion said that the people with RSS ideology are being placed in the institutions.

The Congress President also said that Narendra Modi is only interested in becoming the Prime Minister.

Gandhi launched a 'Save the Constitution' national campaign today against the Bharatiya Janata Party (BJP)-led government under Prime Minister Narendra Modi for "systematically destroying the Indian Constitution and attacks on the Dalits".