Congress leader Rahul Gandhi on Tuesday visited people at relief camps in Wayanad which had seen widespread devastation in the recent rains and landslips.

Wayanad: In Kerala for the second time this month, Congress leader Rahul Gandhi on Tuesday visited people at relief camps in Wayanad, his Lok Sabha constituency, which had seen widespread devastation in the recent rains and landslips.

Gandhi, who arrived here on a four-day visit, also distributed relief materials to the people in the camps at Chungam and Valad and heard their woes.

Some said their houses had been destroyed and lands washed away, while others complained that the initial relief amount of Rs 10,000 from the state government was yet to reach them.

I’m in my parliamentary constituency, Wayanad, for the next few days, visiting flood relief camps and reviewing rehabilitation work in the area. Much has been accomplished, but there’s so much more that still needs to be done. pic.twitter.com/XmibDD524V

Gandhi assured them that he would once again urge the state government to provide all the necessary assistance to the affected people.

A weeping woman said she had no place to go back to from the relief camp.

People also told him that it has been difficult for their children to go to school from the camp after the disaster as most of them had lost their books, bags and other things.

Gandhi, wearing jeans and a white T-shirt, was welcomed by the people with slogans.

The Congress leader, who arrived at Kannur airport, would be meeting the people and relief camps at Mananthavady, Sulthan Bathery and Kalpetta on Tuesday and Wednesday.

On August 29 and 30, the MP will be visiting relief camps in Kozhikode and Malappuram assembly segments, forming part of the Wayanad Lok sabha constituency. 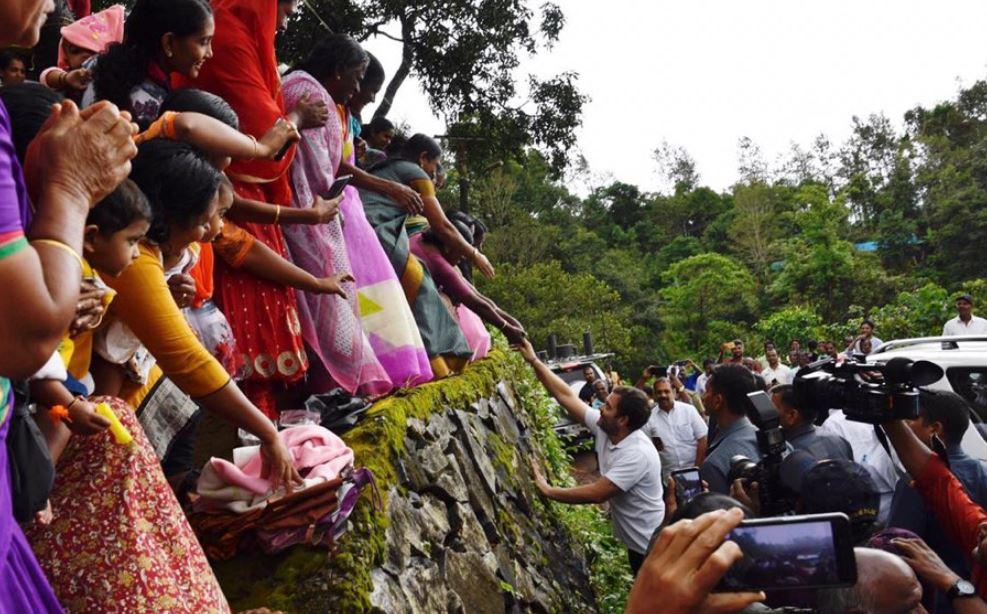 Gandhi was here early this month after heavy rains and floods had triggered a series of landslides and caused havoc in the northern districts of Wayanad and Malappuram.

At least 125 people have lost their lives in the heavy rains and landslides.

While 60 people have died in Malappuram, 14 have lost their lives in rain related incidents in neighbouring Wayanad district. (PTI)