Petty's manager says he passed at his home in Malibu.

The music legend was found unconscious and rushed to UCLA Santa Monica Hospital, where he was placed on a life support machine.

Petty rose to fame when he formed 'The Heartbreakers' in 1976. Last week, the band wrapped their 40th anniversary tour at the Hollywood Bowl. 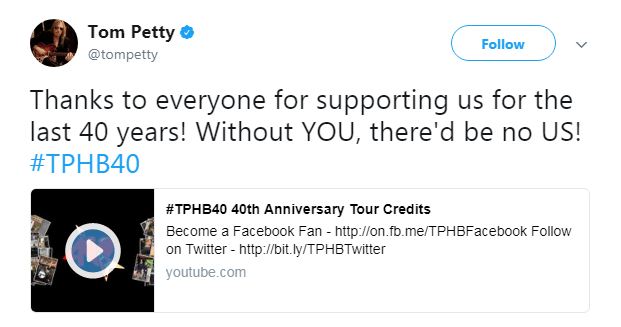 The legendary rocker - who was born in Florida and has sold more than 80 million records worldwide - tweeted just days ago thanking his fans for their support over the past 40 years.

He is best known for hits like 'Free Fallin', 'Learning To Fly', 'Don't Come Around Here No More' and 'American Girl'. (ANI)

US has 43 domestic cases of coronavirus: Pence