Bollywood actor Shraddha Kapoor is all geared up for the London schedule of Remo Dsouza’s directorial ‘Street Dancer’.

New Delhi: Bollywood actor Shraddha Kapoor is all geared up for the London schedule of Remo Dsouza’s directorial ‘Street Dancer’. 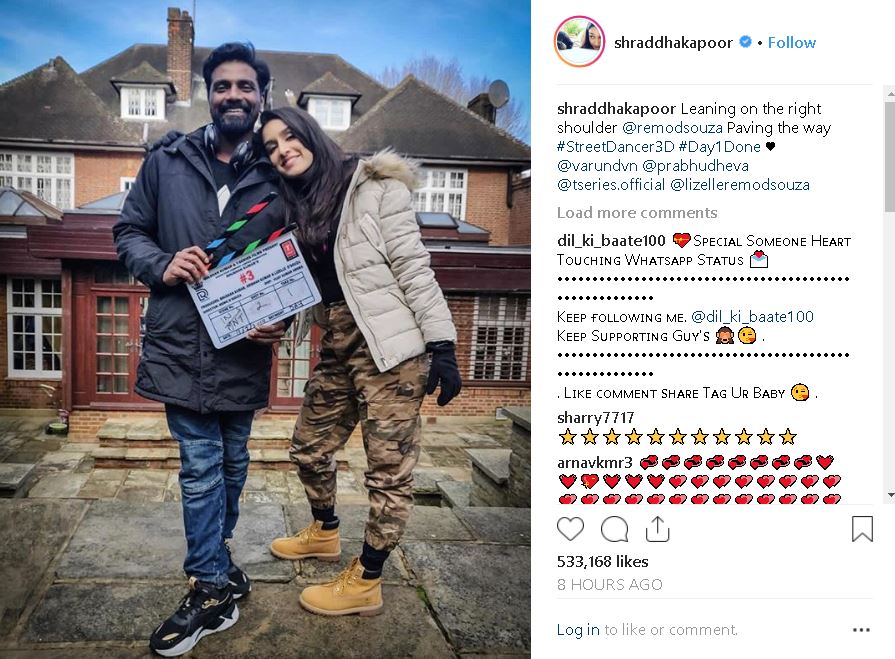 The duo had previously worked together in ‘ABCD 2’. Elated to reunite with Remo, Shraddha shared an adorable snap featuring the two and captioned it as, “Leaning on the right shoulder @remodsouza Paving the way #StreetDancer3D #Day1Done @varundvn @prabhudheva @tseries.official @lizelleremodsouza.”

In the picture, Shraddha can be seen resting her head on Remo's shoulder while Remo is holding the clapperboard.

The first schedule of the film came to an end recently in Punjab.

The entire team keeps sharing pictures from the shoot and also treated fans of the stars with a few character posters from the film. The makers of the film kick-started promotions by using #3, and eventually revealed the title of the film.

Many thought the film would be titled 'ABCD3' as it's the third installment in the 'ABCD' series. However, with the title of the film, it’s clear now that this one is a different dance film in 3D.

Shraddha is also reuniting with Varun Dhawan in the upcoming dance film. The two had shared screen space in ‘ABCD 2’.

Along with the lead pair, the upcoming film also features Nora Fatehi, Aparshakti Khurana and Shakti Mohan in pivotal roles. 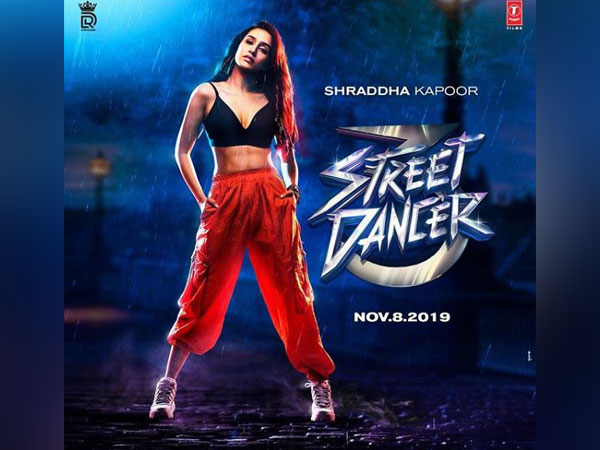 Reportedly, Katrina Kaif was to play the leading lady in the film. In fact, Varun and Katrina recently appeared together on the popular chat show ‘Koffee With Karan’ to promote their dance drama. However, Katrina had to back out of the project because she was busy shooting for 'Bharat’;

Produced by Bhushan Kumar, Lizelle D’Souza and Krishan Kumar, the film is all set to hit theatres on November 8.

Varun will next be seen in ‘Kalank’, while Shraddha has three films in her kitty including ‘Saaho’, ‘Chhicchore’, and Saina (Saina Nehwal’s biopic). (ANI)