Members of the Sikh community in Houston met Prime Minister Narendra Modi here on Saturday and thanked him for some pathbreaking decisions taken by his government, including on the Kartarpur Corridor.

Houston: Members of the Sikh community in Houston met Prime Minister Narendra Modi here on Saturday and thanked him for some pathbreaking decisions taken by his government, including on the Kartarpur Corridor.

In addition, they also submitted a memorandum requesting the Prime Minister, who is on a week-long US tour, to address longstanding issues pertaining to the 1984 Sikh Genocide, Article 25 of the Indian Constitution, Anand Marriage Act, Visa and the renewal of the passports of asylees, among others. 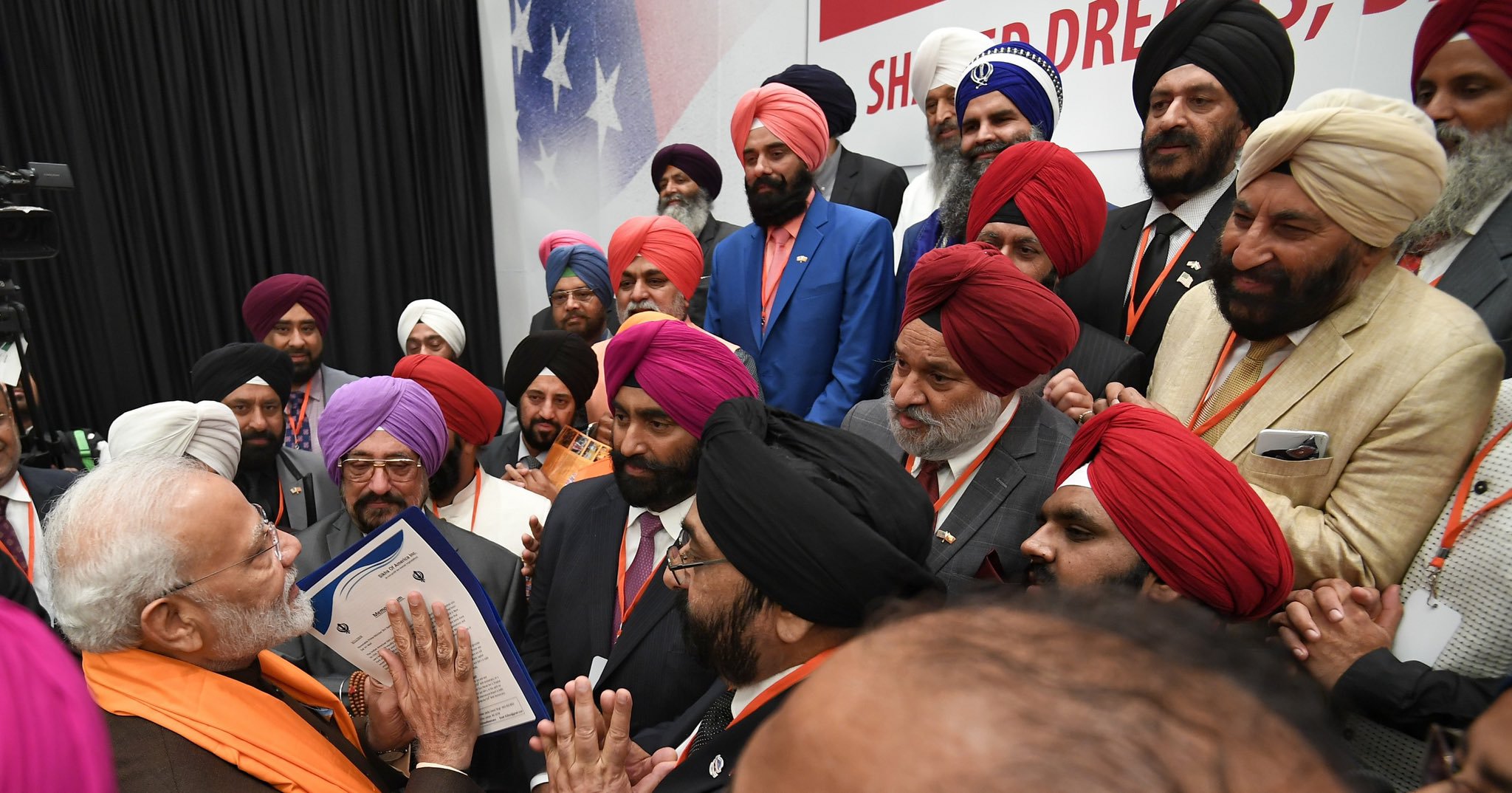 "We submitted a memorandum and thanked Modi ji for what he has done for Sikh community," said Avinder Chawla, sitting Commissioner, Arvin, California.

"We thanked him for the Kartarpur corridor. President Trump is coming here tomorrow (at Howdy Modi) and the event demonstrates how important a leader PM Modi is."

I had an excellent interaction with the Sikh Community in Houston. I am delighted to see their passion towards India’s development! pic.twitter.com/uvvaDtnvAY

The Prime Minister also interacted with the Sikh community members.

A member of the community called the Prime Minister a "tiger", whose presence in the United States is a matter of pride for the whole Indian-American community.

#WATCH Houston: A member of Sikh delegation which met PM Modi says "Memorandum was that we want Sikh religion should be considered a separate religion.We're with Modi ji. He's our tiger,he's a man who we call Iron Man.We're standing with him like Sikhs have always stood for India pic.twitter.com/VfIEkJofnv

The interaction came ahead of the mega Howdy Modi! event, where US President Donald Trump will join Prime Minister Modi. More than 50,000 members of the Indian-American community are expected to attend the mega event. (ANI)

Impossible to come to Houston and not talk energy!: PM Modi on 'fruitful' meeting with energy sector CEOs

Left parties to protest against Donald Trump's visit to India