The death toll of those killed in a car explosion in the capital of Somali has risen to nine.

Somali: The death toll of those killed in a car explosion in the capital of Somali has risen to nine.

Former foreign minister Hussein Elabe Fahiye, who was an advisor to the current president Mohamed Abdullahi Mohamed, was among those killed in the Yesterday's blast.

The responsibility for the Wednesday's attack has been claimed by Al-Qaida-allied terrorist group Al-Shabab. The explosive-laden car exploded when the police were checking vehicles in Mogadishu's Bondhere District. 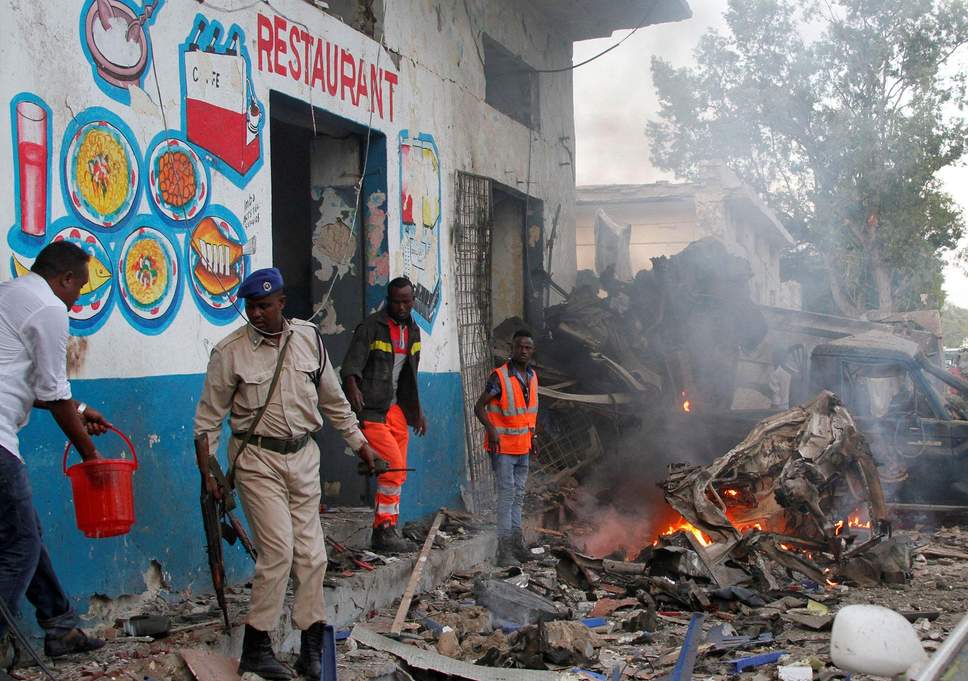 A Somali military officer and her bodyguards are amongst those feared dead, the unnamed police officer added. This latest attack comes just four days after another car filled with explosives went off at Mogadishu's Hamarweyne District. However, no casualties were reported in the incident.

The terrorist group is responsible for a string of attacks in Somalia which have claimed the lives of scores of people.

At least 10 people lost their lives and dozens were injured when a car bomb exploded at a crowded mall in the business district of Hamarweyne here in February.(ANI)