Coming down hard on Prime Minister Narendra Modi, Congress leader Sonia Gandhi said on Saturday that the ruling dispensation was undoing the work of the Congress-led United Progressive Alliance government.

"The Modi government is not interested in addressing the needs of the poor. They are just ignoring and weakening the welfare programmes that we implemented it when we were in power," Sonia said while addressing party leaders at the 84th Congress plenary session, being held here.

"In the last four years, this arrogant (Modi) government has left no stone unturned to destroy Congress. But Congress has never cowered down and it will never cower down," she asserted. 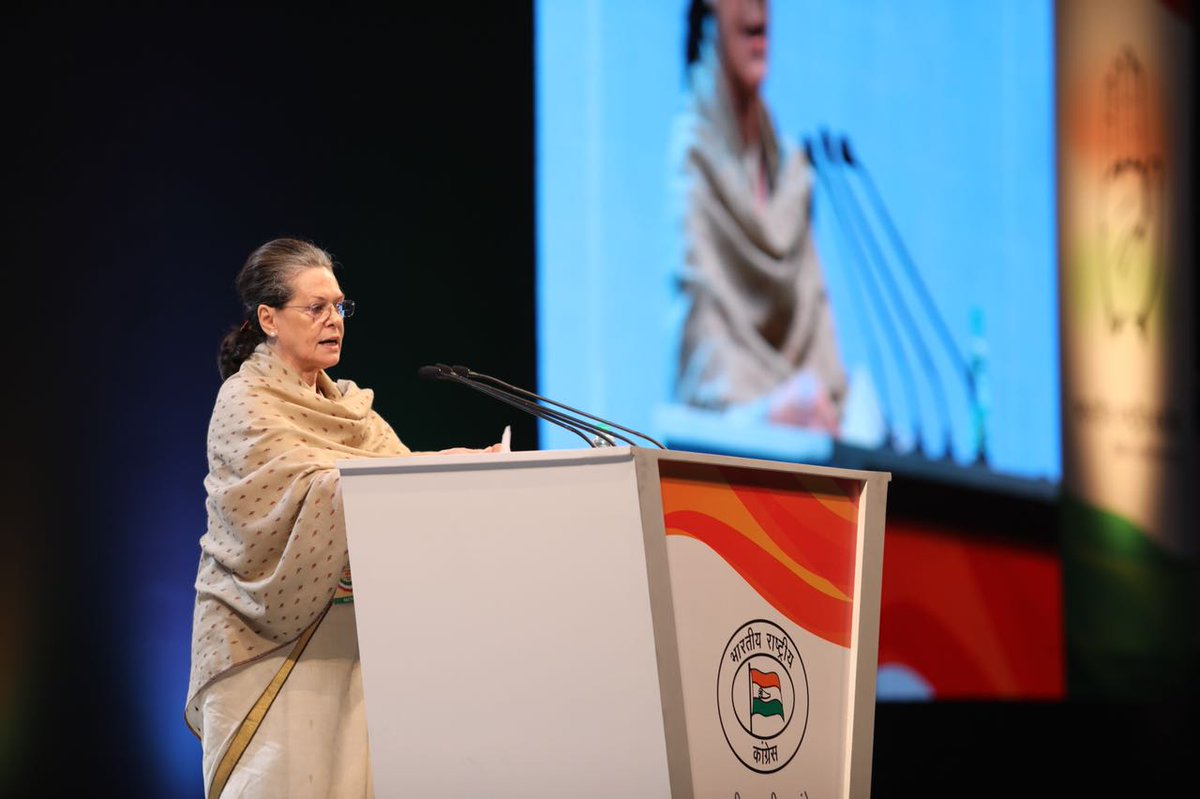 The former Congress president continued her tirade against the ruling Bharatiya Janata Party (BJP) government claiming that her party was "exposing fraud and corruption" by the Modi government using proof.

Commenting on the rise of communal violence and lawlessness in the country under the BJP government, Sonia added, "Wherever there is a non-Congress government, our friends are taking a stand against anarchy and violence in different places. They are continuing with their work and braving all of it. It is the Congress party which takes stand against injustice and raises its voice against it (violence)."

Vowing to make India free from political vendetta and corruption, Sonia underscored that it was important for all to address the challenges and called for efforts to fulfill a 'corruption-free India' under the leadership of her son and Congress President Rahul Gandhi respectively.

She also took a jibe at the BJP-led government's slogans of 'Sabka Saath, Sabka Vikas' and 'Na khaaoonga na khaane doona', saying that it was nothing but "drama and tactic" by the prime minister to garner votes.

Sonia went on to say that during former Prime Minister Manmohan Singh's rule at the Centre for 10 years, India had achieved a very high economic growth. 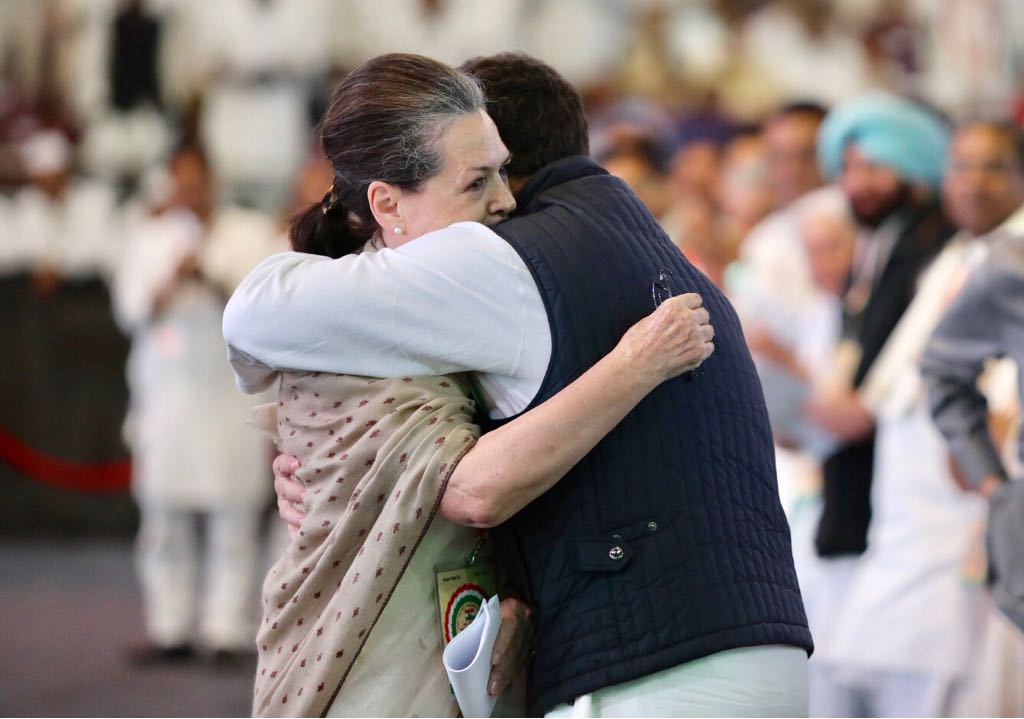 Citing the example of late Indira Gandhi's stunning victory at Chikmagalur in Karnataka 40 years ago, the Congress veteran further said the party had to rediscover the 'magic' of winning the next year's general elections, adding that the Congress party's victory would be equal to a victory for the country.

Sonia also praised Rahul for taking over as the Congress President at such a 'challenging time' and underscored that under her son's leadership, the party would reach new heights.

The grand-old party at the plenary session will ratify Rahul's appointment as the Congress President and select members for the Congress Working Committee. (ANI)

BJP hits back at Rahul over his Alwar lynching tweet