'Sooryavanshi' and '83' gears up for theatrical release

The films' release was on an indefinite halt for nearly three months as the theatres were shut, owing to the ongoing coronavirus crisis.

However, as per the new development, Rohit Shetty's 'Sooryavanshi' starring Akshay Kumar and Katrina Kaif will be made open for viewing during Diwali, while Kabir Khan's '83' starring Ranveer Singh will hit the cinemas on Christmas. 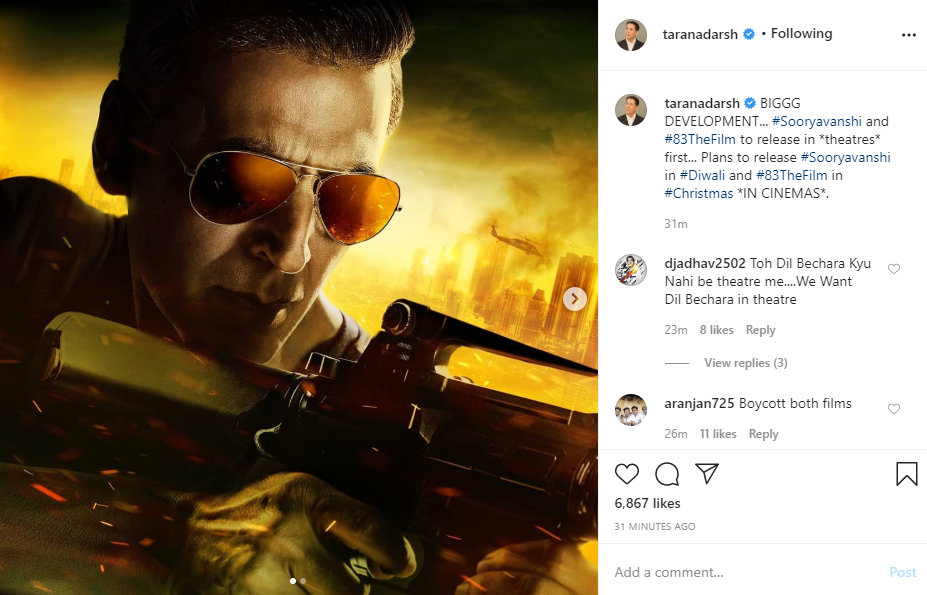 However, the exact release dates of the films are yet to be announced.

With Rohit Shetty at the helm, 'Sooryavanshi' features Akshay Kumar and Katrina Kaif in the lead roles and is the fourth film in the director's 'cop universe' that began with 'Singham' in 2011.

The film will also feature special cameos by Ajay Devgn (Singham) and Ranveer Singh (Simmba). While the film '83' is based on India's World Cup victory and has Ranveer Singh essaying the role of Kapil Dev. The flick also has Deepika Padukone playing Dev's wife on screen.