The first blockbuster encounter in the FIFA World Cup 2018 between Iberian cousins - Spain and Portugal - lived up to the billing as the two shared six goals between them to produce a classic group stage thriller in Sochi.

Sochi: The first blockbuster encounter in the FIFA World Cup 2018 between Iberian cousins - Spain and Portugal - lived up to the billing as the two shared six goals between them to produce a classic group stage thriller in Sochi.

Despite having been rocked by the ousting of Julen Lopetegui on Wednesday, Spain's fortitude remained firm as they came back from a goal down twice through Diego Costa before a thunderous strike from full back Nacho established their lead. However, a stunning free kick from Portugal captain Cristiano Ronaldo completed his 51st career hattrick. 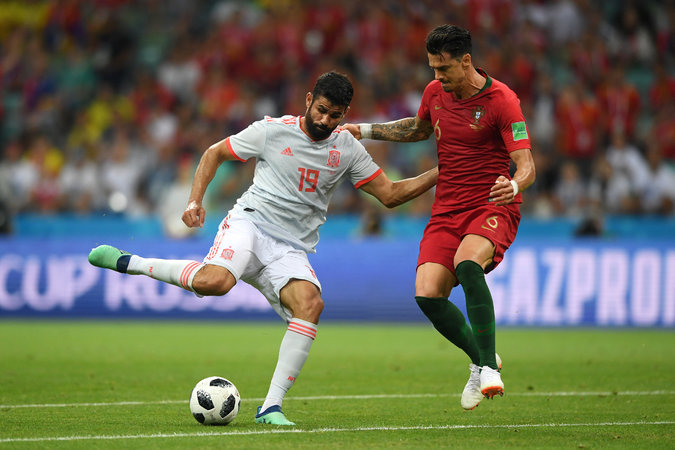 The game got off to just the kind of electric start that was expected as the referee pointed to the penalty spot in less than three minutes after a challenge from Nacho left Real Madrid teammate Cristiano Ronaldo floored inside the box.

Portugal's captain and highest-ever goalscorer then made no mistake from 12 yards, sending David da Gea the wrong way to draw first blood. Ronaldo also became the first Portuguese in the history to score in four different World Cup finals. 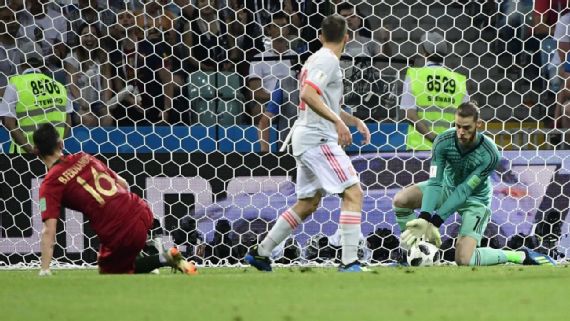 Spain continued their patient build-up play to try and find a way back into the contest but could not manage to find an inlet through the organised Portugal defense. A fierce Isco shot from the edge of the box ricocheted off the underside of the crossbar. 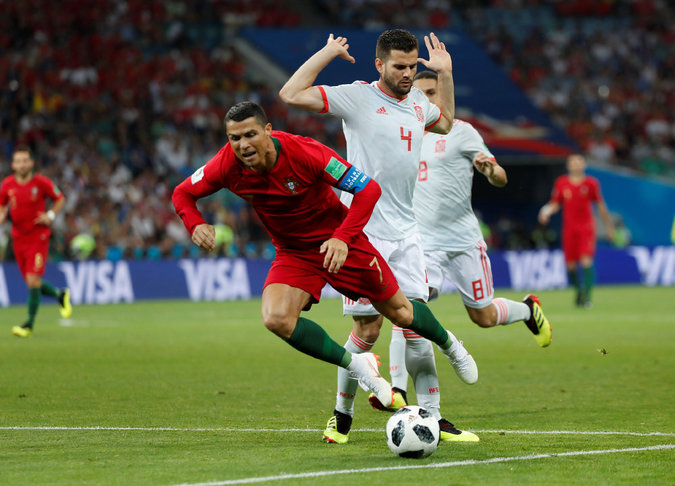 Spain's equalizer came at the 24-minute mark, however, in a very un-Spanish way. A long ball from Busquets was controlled by Diego Costa, who first brushed off Pepe; which was later reviewed by Video Assistant Referee (VAR) and not deemed a foul; and after twisting and turning twice inside the box, Costa squeezed a shot beyond Rui Patricio in goal.

However, Spain were dealt a sucker punch just a minute from half-time after David de Gea had a brain freeze moment as a firmly hit Ronaldo shot from outside the box, aimed straight at him, inexplicably crept into the goal from under the Manchester United keeper. 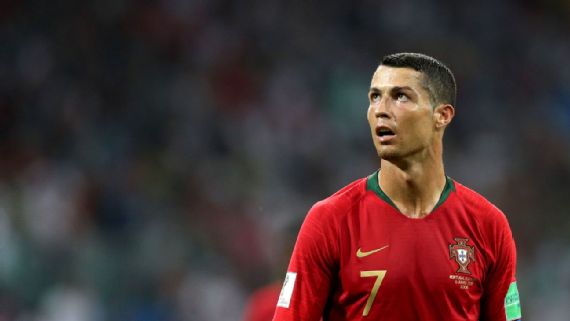 The second half started at a slower tempo with both teams trying to patiently build up their attacks.

Spain equalized for a second time after a neatly worked free kick routine, with David Silva picking up Sergio Busquets' run at the back post, who then headed the ball across the face of the goal and into the path of Costa, who then converted from point-blank range for his second on the night.

The reigning European champions soon found themselves trailing for the first time in the match with an early goal of the tournament from Nacho, who picked up a loose ball at the edge of the box and fired a half-volley past an outstretched Patricio. 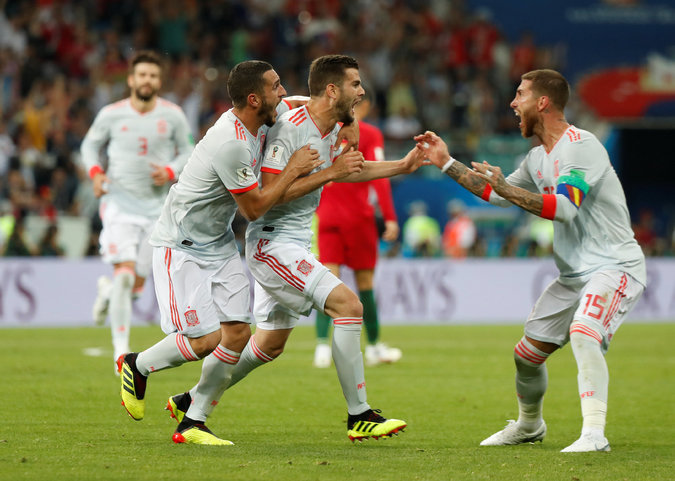 The three points seemed to be heading towards Spain as the game went past the 80-minute mark without any meaningful attacking threat from Portugal. However, a foul on Ronaldo from Gerard Pique in a favourable freekick position offered Portugal a way back into the match. Up stepped Portugal's history maker; whose second-minute penalty made him the first player in history to have scored in eight consecutive major international tournaments; delightfully curled the free-kick beyond a hapless de Gea to snatch a point from defeat.

Spain and Portugal will face Iran and Morocco, respectively, on Wednesday. (ANI)