Sports Buzz: It was my dream to play, train with best players of the country, says youngster Sharmila Devi

Indian women's team forward Sharmila Devi, who made debut last year, said it was her dream to play and train with the best players of the country.


Hisar: Indian women's team forward Sharmila Devi, who made debut last year, said it was her dream to play and train with the best players of the country.

The 18-year-old had a fruitful debut year where she helped her side to qualify for the Tokyo Olympics.

"Life has really been going on at a very fast pace for me in the past one year, but I couldn't have asked for more. Having made my debut at the Olympic Test Event in Tokyo back in August 2019, it was an experience of a lifetime for me because we won the tournament there," said Sharmila.

"For me, it was something I had only dreamt of - to be able to play and train with the best players from our country. When I was in the Junior team set-up, I would just watch them train during National Camps, and I would get goosebumps, but when I started playing, it just really felt amazing," the youngster added. 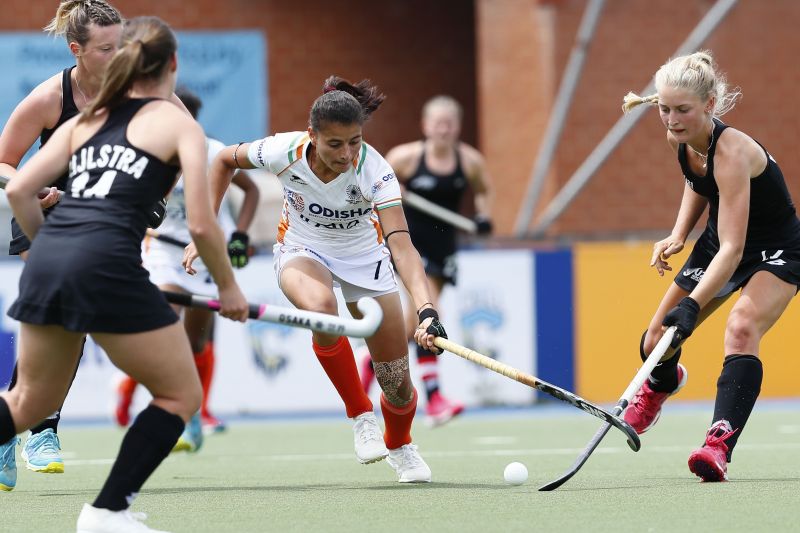 Having found the time to reflect on her journey with the senior team, Sharmila recalls the FIH Hockey Olympic Qualifiers 2019 against USA as her favourite moment so far.

"It was definitely a huge moment for me, to have represented the country at such a huge tournament. We were looking to secure our berth in the Tokyo Olympics and were playing against such a strong opposition, so it felt really good to have done well, and helped the team in achieving our goal. I'm looking forward to more such victories and enjoyable moments with the team," the forward said, who had scored India's second goal in the 5-1 win in the first leg against USA.

The Indian women's team, ranked ninth in the world, currently on a break from national camp, Sharmila has been spending time with her family and is making sure she is up to speed whenever hockey action resumes.

"It has been a really different experience to not have felt that adrenaline rush of playing the sport, but I'm just making sure I'm maintaining my fitness and am ready to play as soon as we are allowed," expressed the 18-year-old who has made nine appearances for the senior side.

Top 10 trending News of the day: National, International and Lockdown 2 in India