FIFA Under-17 Women's World Cup, which India will be hosting, has been rescheduled, the football governing body announced on Tuesday.

Zurich: FIFA Under-17 Women's World Cup, which India will be hosting, has been rescheduled to February 17 till March 7, 2021, the football governing body announced on Tuesday.

The showpiece event was previously scheduled to be played from November 2, 2020, in India and was later postponed due to the coronavirus outbreak. The apex body also announced that the showpiece event will keep the original eligibility criteria despite the delay. 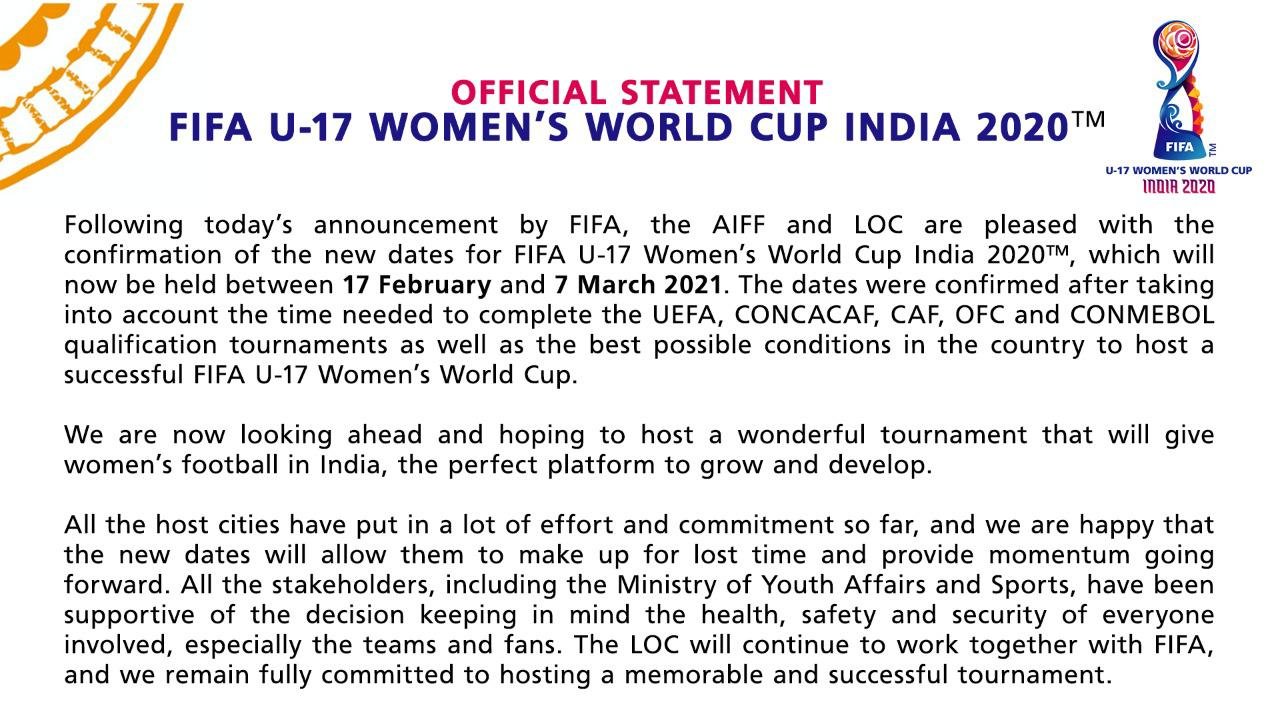 "Players born on or after January 1, 2003, and on or before December 31, 2005, will be eligible for the tournament," the FIFA said in an official statement.

The FIFA Under-20 Women's World Cup has also been rescheduling. The mega event will now take place between January 20 and February 6, 2021, in Panama and Costa Rica.

The Women's U-17 World Cup in India was originally scheduled to be held across five cities Ahmedabad, Bhubaneswar, Guwahati, Navi Mumbai and Kolkata.The coronavirus pandemic has forced many tournaments to be postponed. The Tokyo Olympics 2020 have also been pushed to next year. (ANI)

Sunil bhai and I complement each other well, says Jeje