Sports: Virat Kohli, Anushka Sharma mourn on the death of their dearest one

The dog died after gracing Kohli's life for 11 years. The Indian skipper shared a picture of the canine and penned an emotional goodbye.

Rest in peace my Bruno. Graced our lives with love for 11 years but made a connection of a lifetime. Gone to a better place today. God bless his soul with peace ?❤️ pic.twitter.com/R1XSF3ES5o

Anushka shared a heartwarming selfie of the trio, captioning the picture, "Bruno RIP".

The couple has been spending some quality time together as the COVID-19 pandemic has brought all sporting action and cinema across the world to a grinding halt. 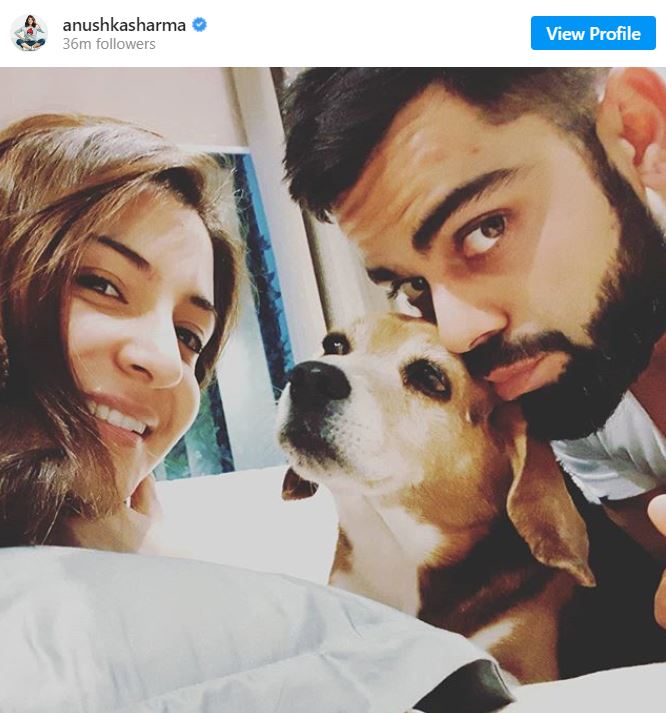 In the shortest format of the game, he has played 82 games in which he slammed 2,794 runs at an average of 50.80 with the help of 24 fifties.Kohli would have been in action for Royal Challengers Banglore (RCB) had the Indian Premier League (IPL) commenced from March 29.

However, the tournament has been suspended indefinitely due to the coronavirus pandemic. (ANI)

There is only love and nothing else: Virat Kohli celebrates second wedding anniversary with Anushka Sharma

Sports: Virat Kohli, Anushka Sharma take pledge due to this