The paper quoted the UAE government's forensic report on its official Twitter handle.

The paper quoted the UAE government's forensic report on its official Twitter handle. 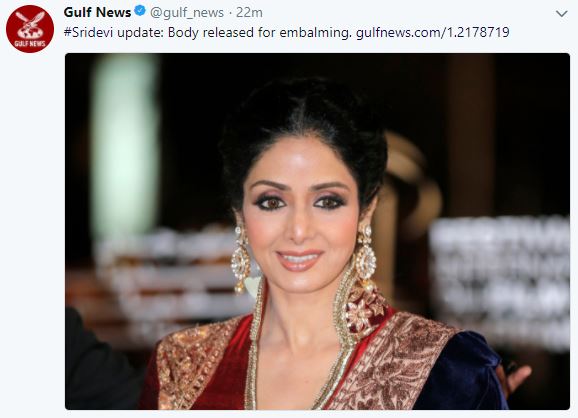 The cause of death is listed as accidental drowning in the report.

Also Read: Tributes pour in as legendary actor Sridevi passes away at 54

A copy of the forensic report, attached with the post, has a stamp of the "Ministry of Health UAE" and the director of preventive medicine, Dubai, Dr Sami Wadie. 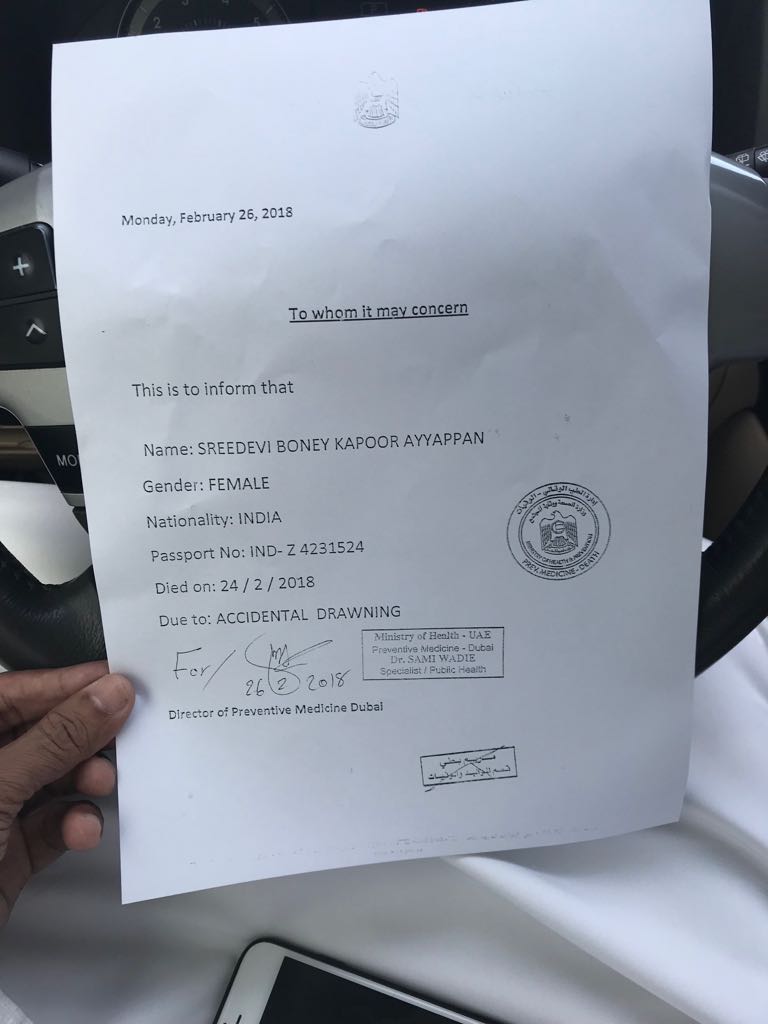 The newspaper also said in a report that the actor was under the influence of alcohol. She fell into the bathtub and drowned, it added.

Sridevi, 54, died on Saturday late night in a Dubai hotel. She had stayed back in Dubai after a family wedding. (PTI)

No objection letters handed over to release Sridevi's mortal remains