Sridevi in her favourite Kanchivaram - one last time 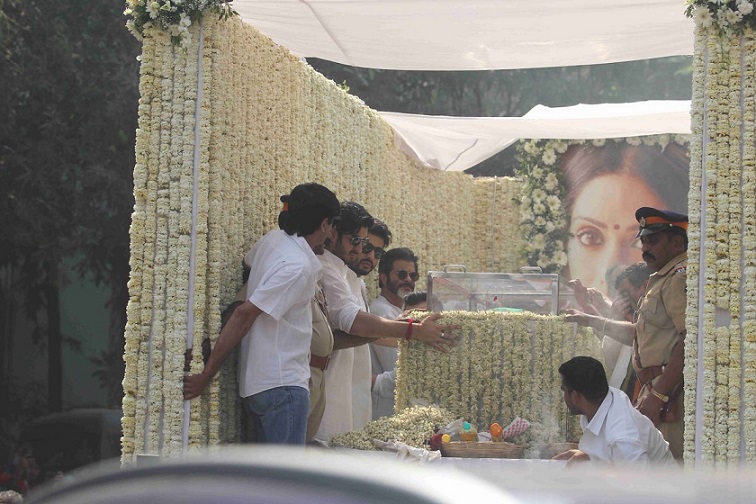 A sea of fans and celebrities thronged the condolence meeting of Sridevi to have a last glimpse of the yester year diva, who, passed away on February 24. The mortal remains of Sridevi were wrapped in red and golden Kanchivaram saree and were kept in a glass cascade.

The meet which has now culminated, commenced at 9.30 am at Celebrations Sports Club. 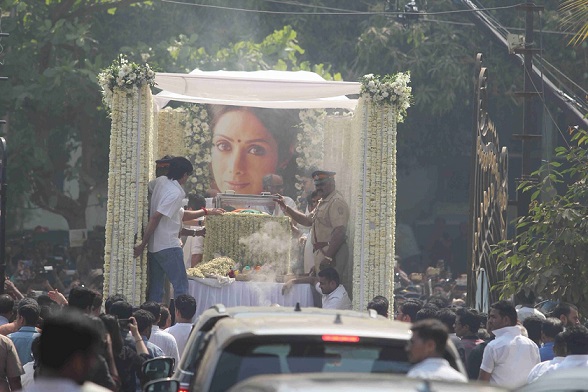 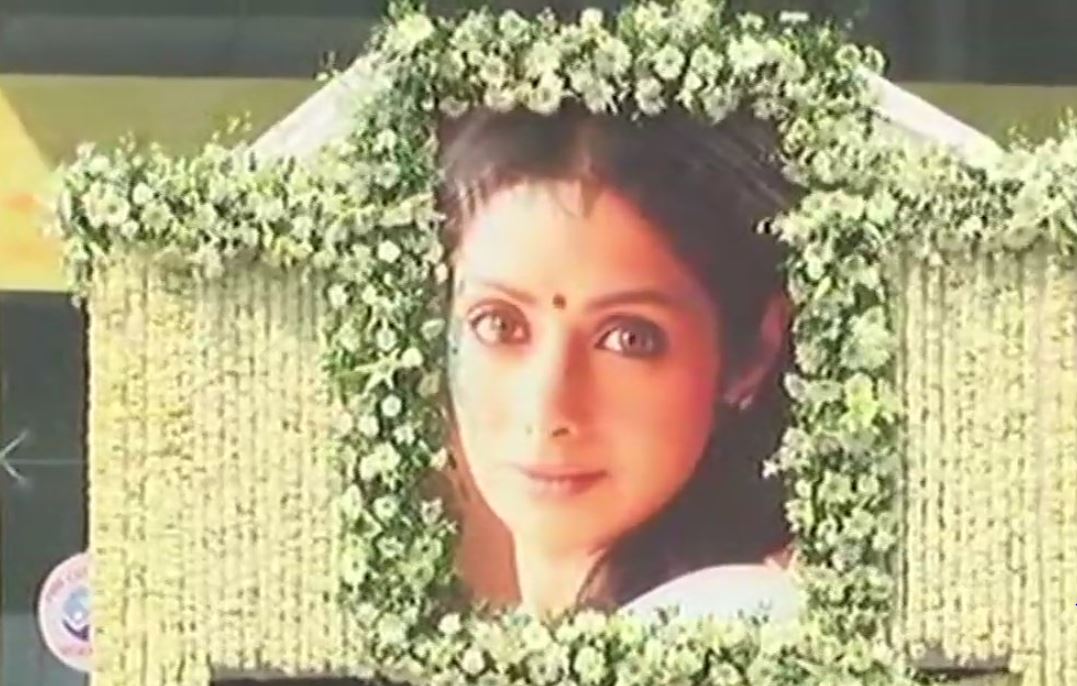 The condolence meet will be followed by the funeral and last rites at Vile Parle Seva Samaj Crematorium and Hindu Cemetery at 3.30 pm on Wednesday. The veteran actress passed away on February 24 in Dubai, where she was attending a family wedding. 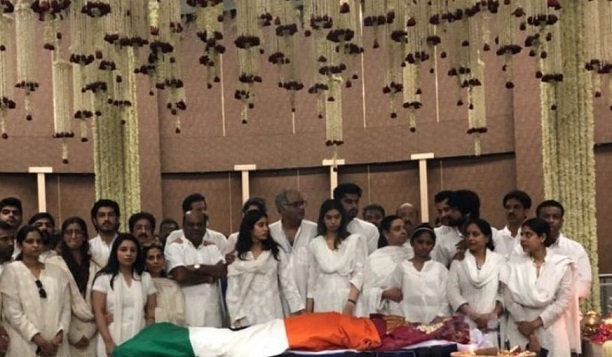