After scoring a mountain of runs against England in the Ashes series, Australia batsman Steve Smith is eager to play in front of the home crowd against Sri Lanka.


Dubai: After scoring a mountain of runs against England in the Ashes series, Australia batsman Steve Smith is eager to play in front of the home crowd against Sri Lanka.

"It should be good, I can't wait to play. Any time you walk out and play for Australia it's a great honour and to be back playing here in Australia, I'm excited," International Cricket Council (ICC) quoted Smith as saying.

Smith scored 772 runs against England in the Ashes series including a double ton and two centuries. He did not play in the third Test due to concussion after being hit by a Jofra Archer bouncer on his head in the second Test. Smith made his comeback to international cricket in the ICC Men's World Cup after serving his 12-month suspension for involvement in the ball-tampering scandal at Newlands in March 2018. The 30-year-old batsman was picked in the T20I squad for the three-match T20I home series against Sri Lanka. Smith believes that the team will gain continuity as there is not much time left for the ICC T20 World Cup. 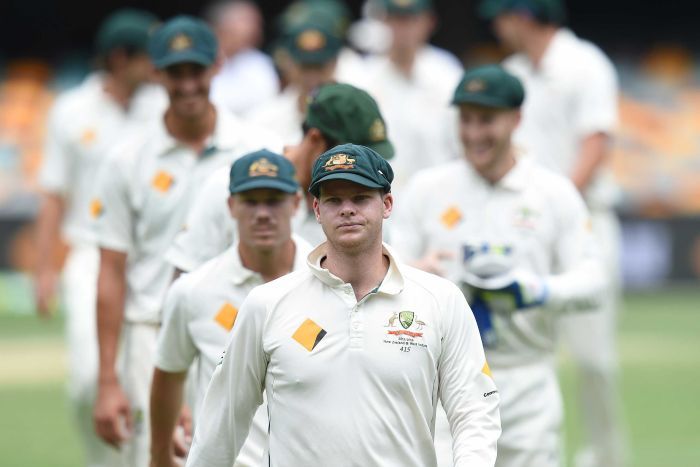 "I'm sure with the World Cup in a year's time there's an opportunity to have that continuity. I think we've seen over the years that the T20 format is one where guys are rested a lot. That will probably change leading into the World Cup I dare say," Smith said.

"I think it's a great opportunity for 14 guys that have been picked here to have that continuity and try to perform together and work towards hopefully being part of a World Cup. It starts here this summer. We've got six games straight," he added.

Australia will play Sri Lanka in the first T20I at Adelaide on October 27. (ANI)

Hazlewood ruled out, uncapped Richardson called up for SL Tests