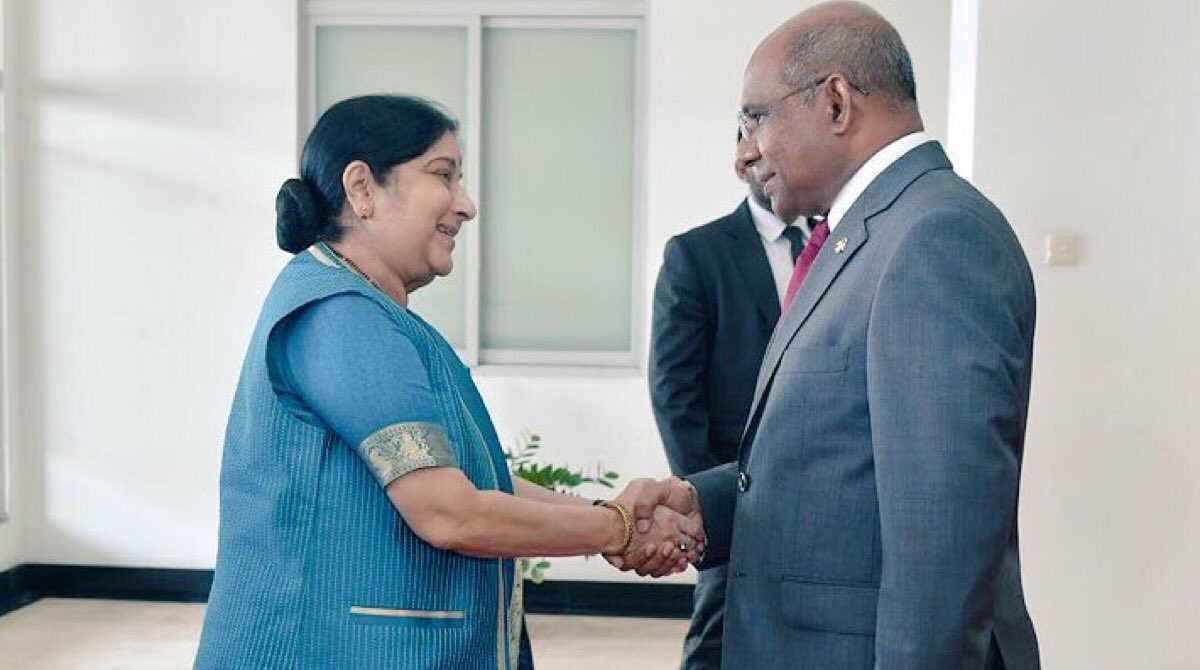 Swaraj, who arrived in Male on Sunday for a two-day visit to the island nation at the invitation of Shahid, is accompanied by Foreign Secretary Vijay Gokhale and other senior officials.

During her visit, Swaraj unveiled a plaque of the renovated Indira Gandhi Memorial (IGM) Hospital here.

India and Maldives on Sunday exchanged three agreements on visa facilitation for diplomatic and official passport holders, development cooperation, and renewable energy in the presence of Swaraj and her Maldivian counterpart Abdulla Shahid.

"The relationship between Maldives and India is indeed special," Shahid said after the meeting was concluded.

The meeting also reviewed the progress made on the commitments announced during the State visit of President Ibrahim Solih to India last year. On the second day of her visit, Swaraj is expected to call on President Solih and Minister of Home Affairs Sheikh Imran Abdulla.

Swaraj's visit to the Maldives is aimed at strengthening the "close and friendly relations" between the two nations, after ties between New Delhi and Male came under strain during former Maldivian President Abdulla Yameen's five-year rule, which saw him cosying up with China for various development projects, cracking down on dissent and imposing a state of emergency by jailing opposition leaders. (ANI)