External Affairs Minister of India Sushma Swaraj on Monday highlighted the importance of BRICS association in shaping the global political, economic, and security spheres, as she welcomed her South African counterpart Lindiwe Sisulu.

This is the first BRICS Foreign Affairs meeting for Sisulu, after she was sworn-in as South Africa's Minister of International Relations and Co-operation in February.

While speaking at the on-going BRICS Foreign Affairs meeting at Johannesburg, Swaraj took note of the timing of the event, which coincided with the era of expanding multilateralism, international trade and evolving rules-based world order.

She attached the importance of consolidating intra-BRICS cooperation in the international sphere.

"There have been productive discussions on the margins of United Nations General Assembly in taking stock of the global political affairs," she added. 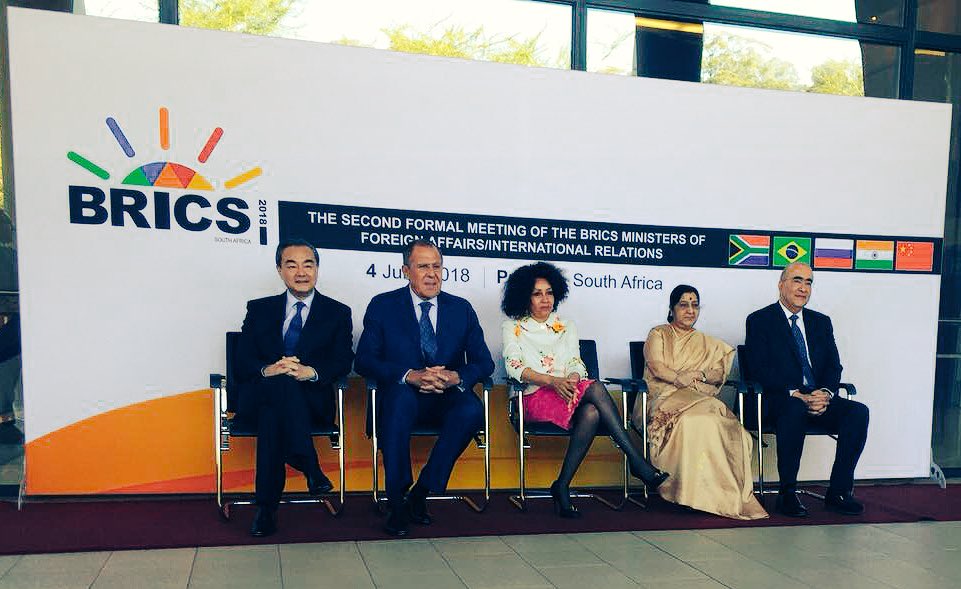 India's EAM noted that even though the global economy has shown signs of recovery, it still poses challenges to the long-term growth of the BRICS nations.

She further informed that South Africa has tabled proposals on tourism, medicine, governance, and science part network that are expected to be discussed in the meeting.

The summit will carry a theme of 'Development in Africa in an inclusive manner', which will be attended by the leaders of Brazil, Russia, China, South Africa, and India.

The focus of the summit will be the role of technology as an engine of growth and it significance for future generations and employment prospects. (ANI)