The 'Drishyam' star took to Instagram to post the poster, where she and her co-star Ayushmann Khurrana can be seen sitting opposite each other with their hands tied to a chair. 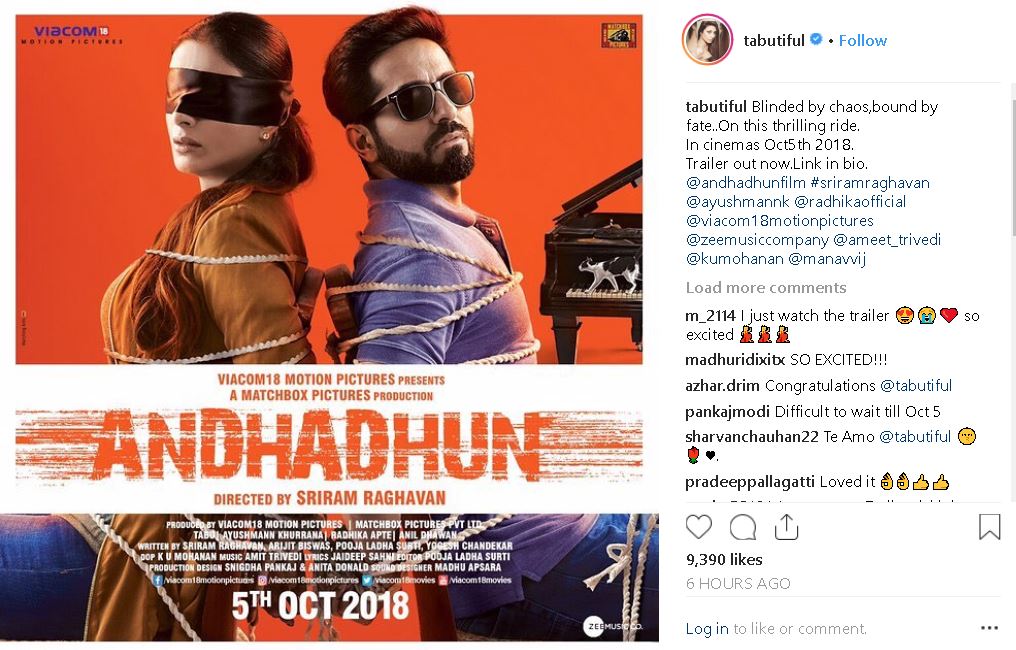 In June, the first poster of the flick had created a buzz in the social media sphere. It featured a broken pair of goggles as the main object, with other elements like piano, musical notes, cat, revolver, a cup of tea, a knife, and suitcase.

Helmed by Sriram Raghavan of 'Johnny Gaddaar' fame the film is slated to release on October 5. (ANI)

I know I've become a star but don't want to believe it: Ayushmann Khurrana