Bharath, who died on the spot, was alone in the car when the mishap occurred, he said. 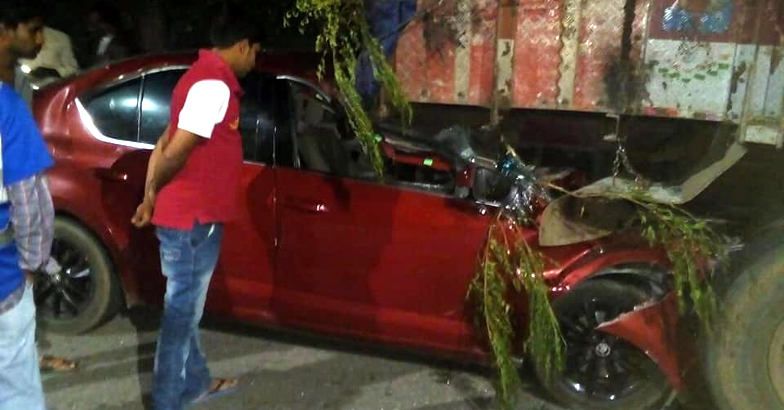 "He was travelling towards Gachibowli from Shamshabad.

He was alone in the car," the inspector said. Asked if police suspect it to be a case of drunken driving, Mahesh said, "The viscera of the deceased will be sent to a forensic science laboratory...now the postmortem is underway."

The lorry was parked near the roadside after it broke down prior to the accident, police said.

A case will be registered against the lorry driver as he parked it without switching on precautionary indicators for other vehicles, the inspector said.