She took her Instagram to post a shocking gesture with caption:  "Who would've thought!! Shocked and grateful!! All the way from maheshvar!!! #nationalawards #neerja #rustom @akshaykumar" 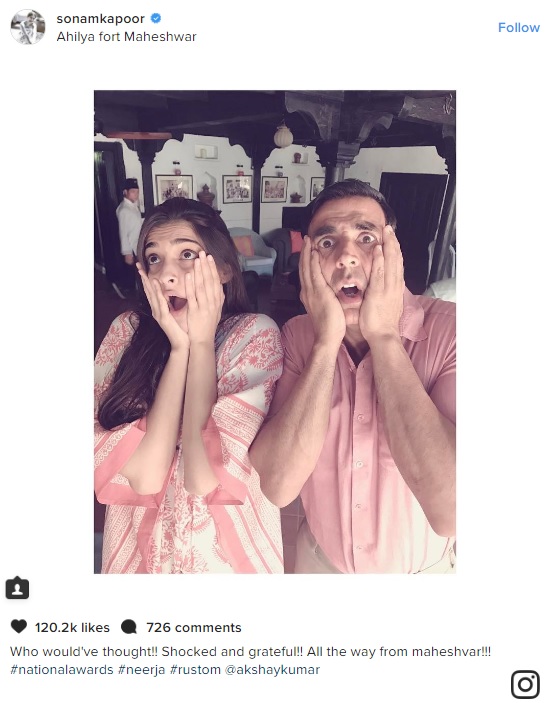 On her professional note, Sonam is busy shooting for R. Balki's 'Padman.'