Tiger Shroff shared the first look poster of the flick on his Twitter.

The poster of India's first dance-action movie ' Munna Michael' is out and it seems like Tiger Shroff is all set to show off his cool moves.

The 27-year-old actor shared the first look poster of the flick on his Twitter. 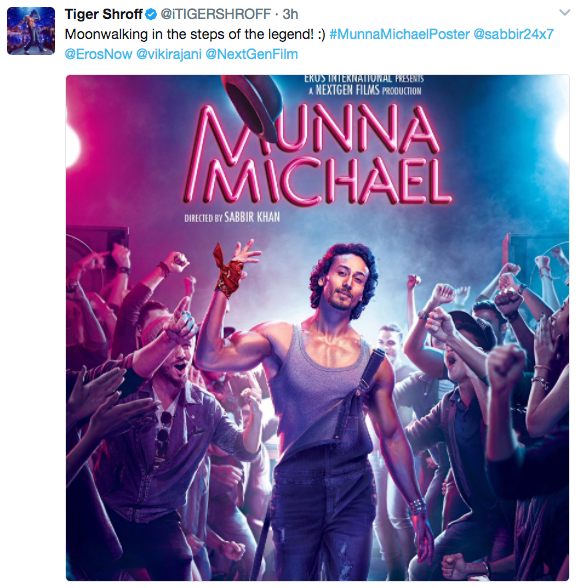 In the photo, the ' Baaghi' star is seen walking amidst the crowd, while spinning off his hat in the air.

The film is a special one for Tiger as he will be paying a tribute to the late dancing sensation Michael Jackson and his father Jackie Shroff through a song.

The movie also stars Nawazzuddin Siddiqui, who has worked on his dancing skills to match a step or two with Tiger, and Bollywood debutant Niddhi Agerwal.

Helmed by Sabbir Khan, the film is slated for a July 21 release. (ANI)