Trump and Democrats clash over racism

The Democratic party, which has a majority in the House of Representatives, introduced a resolution on Monday condemning the tweets of US President Donald Trump against four of their women lawmakers as "racist".

Washington: The Democratic party, which has a majority in the House of Representatives, introduced a resolution on Monday condemning the tweets of US President Donald Trump against four of their women lawmakers as "racist".

The opposition leaders and the president continued to clash over the issue that has caught the national attention for the past few days. 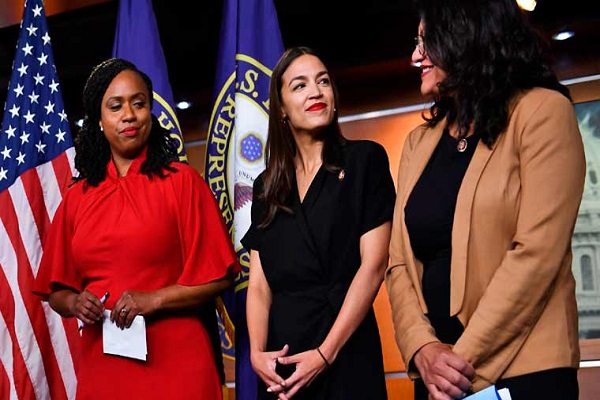 "The Dems were trying to distance themselves from the four "progressives," but now they are forced to embrace them. That means they are endorsing Socialism, hate of Israel and the USA! Not good for the Democrats" Trump said as he unleashed a series of tweets against four Democratic Congresswomen.

Congresswomen Alexandria Ocasio-Cortez, Ilhan Omar, Rashida Tlaib and Ayanna Pressley held a news conference at the Capitol to denounce a tweet by the president in which he apparently suggested that they leave.

"This is a president who has overseen the most corrupt administration in our history," Omar said.

"To distract from that, he's launching a blatantly racist attack on four duly elected members of the United States House of Representatives, all of whom are women of colour," she said. "This is the agenda of white nationalists, whether it is happening in chat rooms or it's happening on national TV. And now it's reached the White House garden."

Trump had in a tweet, which was widely considered as against these four Democratic progressive lawmakers, said they should "go back and help fix the totally broken and crime infested places from which they came" before speaking out about how the United States government should be run.

"He would love nothing more than to divide our country based on race, religion, gender, orientation or immigration status because this is the only way he knows how to prevent the solidarity of us working together across all of our differences," Omar said.

Trump also said these progressive Democrats "came from countries whose governments are a complete and total catastrophe." His tweets were considered by the Democrats as racists.

On Monday Trump defended his tweets. 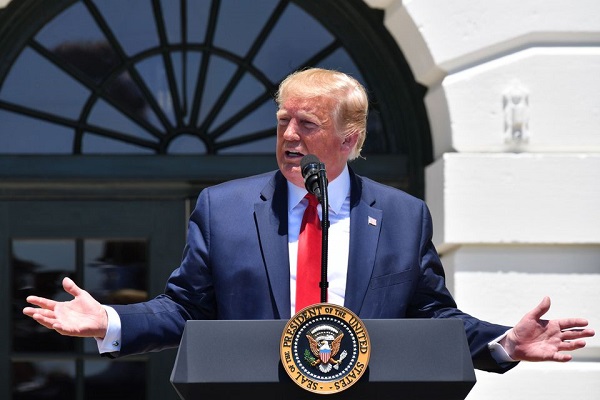 Later in the day Democrats introduced a resolution in the House of Representatives condemning the alleged racist tweets. The resolution by Congressman Tom Malinowski could be voted on as early as Tuesday.

In a series of tweets, Trump defended himself. "We will never be a Socialist or Communist Country. IF YOU ARE NOT HAPPY HERE, YOU CAN LEAVE! It is your choice, and your choice alone. This is about love for America. Certain people HATE our Country....," he said.

"They are anti-Israel, pro Al-Qaeda, and comment on the 9/11 attack, "some people did something." Radical Left Democrats want Open Borders, which means drugs, crime, human trafficking, and much more....," he said in another tweet.

Detention facilities are not Concentration Camps! America has never been stronger than it is now rebuilt Military, highest Stock Market EVER, lowest unemployment and more people working than ever before. Keep America Great!" he added.  (PTI)

After TikTok, Trump indicates banning Alibaba, other Chinese firms in US

US likely to slap tariffs on $200 bn of Chinese goods