Paris: US President Donald Trump, who is on an official visit to France, told his French counterpart Emmanuel Macron's wife Brigitte that she's in a "good physical shape." 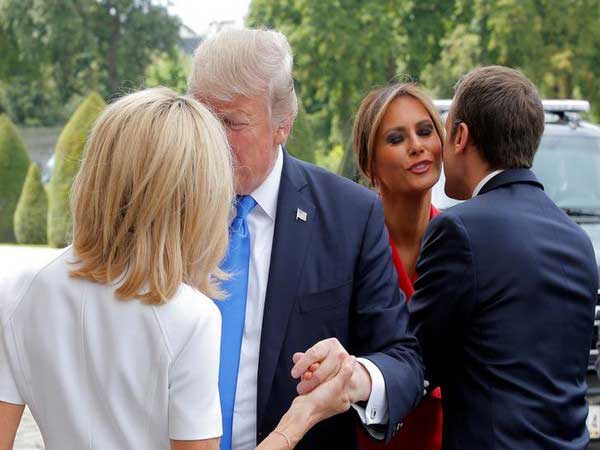 Earlier in the day, they two had an awkward handshake as at the welcome ceremony in Paris, wherein Trump and French first lady Brigitte, 61, extended their hands to one another -- fumbling to make contact for a handshake -- before they embraced for a traditional kiss on the cheek.

Last year, his presidential campaign was marred with allegations of sexual misconduct after the release of a 2005 Access Hollywood tape, in which he talked about grabbing women "by the pussy".(ANI)