Two Durga Puja organisers in the city have chosen the struggle of the common man as their themes this year.

Kolkata: Two Durga Puja organisers in the city have chosen the struggle of the common man as their themes this year.

"The North Tridhara puja has the tagline 'Durbar Durga' (unstoppable Durga) which is a tribute to women who struggle towards their goals," Shekhar Tandon, general secretary of the puja committee, said on Tuesday. 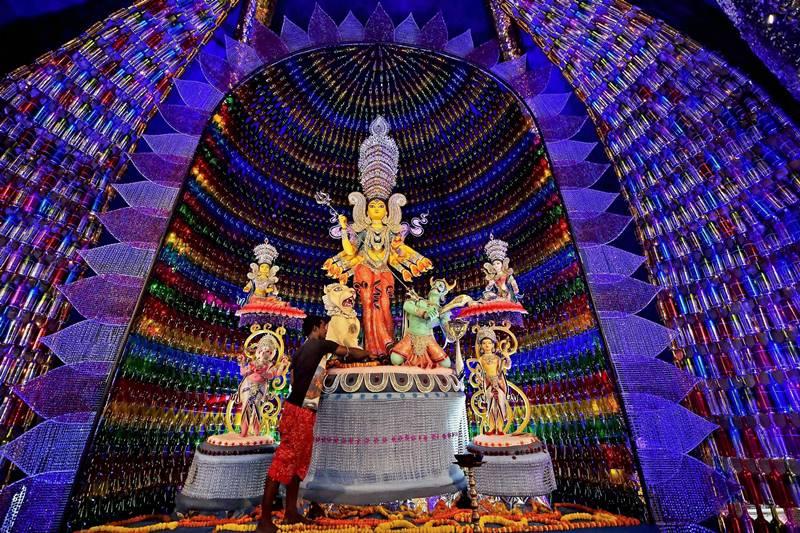 "We wanted to base our theme on women empowerment and Pratima Devi can be a role model for others," he said.

The puja will be inaugurated by Pratima Devi on Thursday. The exterior of the pandal is a replica of a red- yellow minibus plying on the Howrah-Nimta route with a model of Pratima Devi at the wheels, while the interiors have been decked up with different parts of a bus and a taxi.

Illuminated digital images of conductors and drivers have also found place in the pandal. Pratima Devi worked as a minibus conductor on the Howrah-Nimta route that her husband used to drive. After her husband met with an accident in 2011 that left him unfit to drive a heavy vehicle, she got behind the wheels. 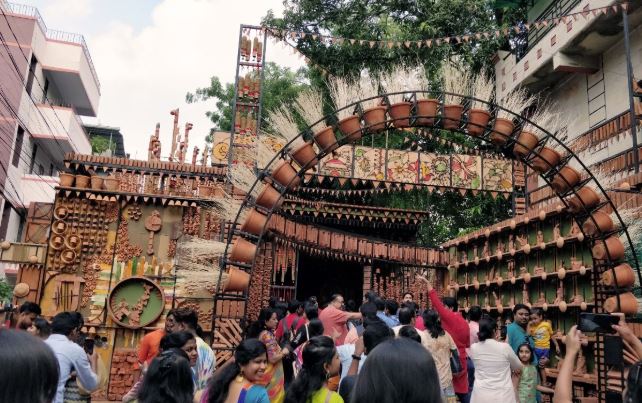 The Samaj Sebi Sangha, in its 74th year of celebration, has put models of labourers in different corners of its pandal. With the tag line 'Kurnish' (Salute), the puja "salutes the working class people who work tirelessly to make our lives easier and more comfortable but remain anonymous," general secretary of Samaj Sebi Sangha, Arijit Maitra said. (PTI)

Why to visit Kolkata during Durga Puja?

COVID-19 impact: Business has not picked up before Durga Puja in West Bengal