Mohammad Miya BJP leader in Uttar Pradesh, has assaulted a specially-abled man on camera for allegedly raising slogans in favour of the Samajwadi Party (SP).

Sambhal: Mohammad Miya BJP leader in Uttar Pradesh, has assaulted a specially-abled man on camera for allegedly raising slogans in favour of the Samajwadi Party (SP).

Also Read: Bulandshahr violence: 4 accused found non-guilty, says police
However, the local leader on Wednesday denied the charges saying a mountain was made out of a molehill and it was a conspiracy to malign his party.On Tuesday, Miya was seen poking a stick into the mouth of the specially-abled youth repeatedly in a video that went viral on social media. 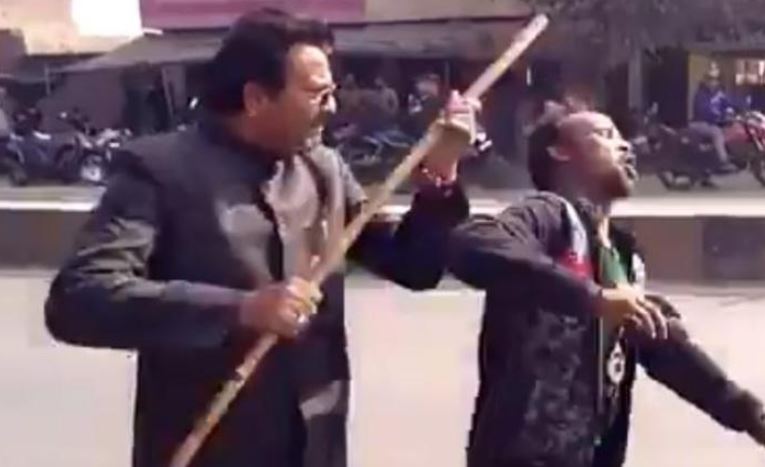 The youth, who allegedly criticised the BJP's rule in the state and the Centre, was also seen shouting loudly that he would vote for SP chief Akhilesh Yadav.

Also Read:Bulandshahr violence: Armyman Jitendra Malik arrested
The BJP leader, however, claimed that the youth was drunk and he was only trying to make the person leave the place. 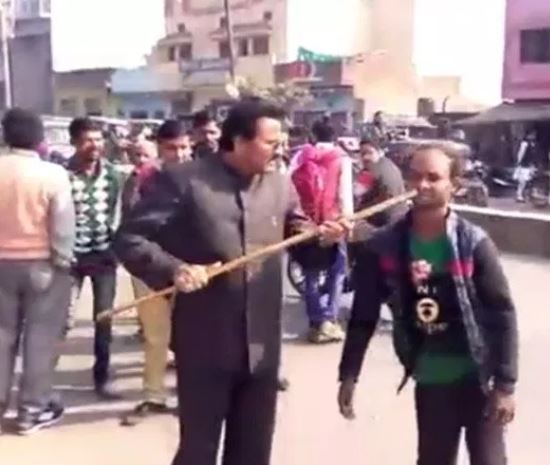 "He was abusing Modi ji and Yogi ji (Prime Minister Narendra Modi and Uttar Pradesh Chief Minister Yogi Adityanath), I tried to first explain things, he was drunk, it was a conspiracy to malign BJP, I was just trying to make him leave the place.
Miya denied the charge saying: "I didn't shove a stick in his mouth". (ANI)