The Uttar Pradesh police have arrested four persons allegedly involved in terror funding in the country. 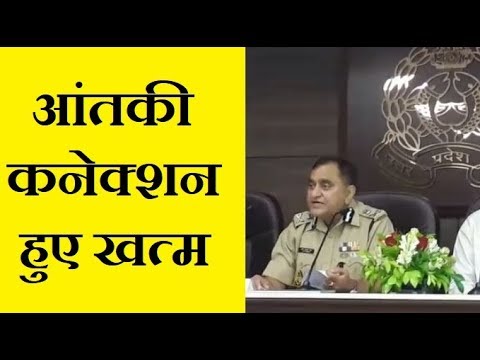 Uttar Pradesh Director General of Police O P Singh on Friday said the four accused identified as Ummed Ali, Sanjay Agarwal, Sameer Salmani and Airaj Ali were arrested from Nighasan area of Lakhimpur district on Thursday night. The four were arrested by the local police on a tip off that some persons were involved in bringing money from Nepal and using it to fund terror activities in the country, the DGP added.

Police also recovered an unspecified amount of Indian and Nepali currencies besides several mobile phones from the four.

During interrogation, the four identified Mumtaz, Faheem, Sirajuddin and Sadakat Ali of Kheri and Bareilly as their accomplices and said they used to do this work on their directions after taking commission. Revealing about their modus operandi of terror funding, the four arrested accused told police that they used to get money transferred from other countries to bank accounts in Nepal and give five per cent commission to the account holders, said the DGP.

He added that later the money used to be withdrawn from bank accounts in Nepal and brought to India and converted in Indian currency.

"The arrested accused used to get six per cent commission for this work," the DGP said.

During probe, it also transpired that the Janakpur branch of Nepal's Rastra Bank was hacked recently and a sum of Rs 49 lakh in Nepali currency was brought to India. The Nepal police have registered an FIR in this connection and are probing the matter. The DGP said as the matter was related to terror funding, he was transferring the case for further probe to the Anti-Terror Squad (ATS).

"From where does the money come in Nepali accounts? What were its sources? Who are the links in Nepal? Who did Faheem and Sadakat use to give money? Which type of terror activities were funded with this money and who all were beneficiaries of the money? These are some of the questions the ATS will look into," the DGP said.

Further probe is on in the matter, he added.(PTI)

UP: Girl found dead in bushes with strangulation marks