The shrine of Kedarnath is covered in a thick layer of snow as Uttarakhand and nearby areas are witnessing active blizzards and continuous snowfall.

Kedarnath: The shrine of Kedarnath is covered in a thick layer of snow as Uttarakhand and nearby areas are witnessing active blizzards and continuous snowfall.

The revered shrine is located in Garhwal Himalayan range near the Mandakini river at about 22 kilometers (14 mi) uphill trek from Gaurikund. The Badrinath Dham has also been covered in snow of thickness of at least a foot. The areas of Badrinath Dham and Auli in the Chamoli district of Uttarakhand received fresh snowfall on Thursday. 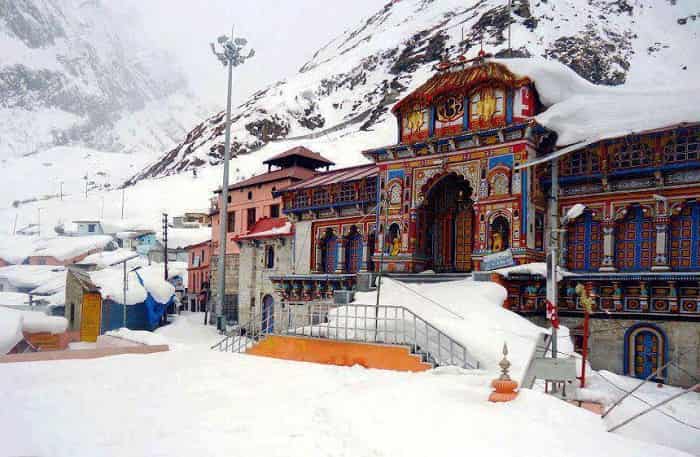 Not only Uttarakhand, even Khanag village of Aani area of Kullu district in Himachal Pradesh was also covered by a thick blanket of snow today. Trees and huts were seen covered in white sparkling snow making the place magnificent for tourists for the winter vacations.

Due to western disturbance, the hilly region in Northwest India is witnessing heavy rainfall snowfall activity. Indian Meteorological Department in its weekly forecast had stated that the Western Himalayan region and nearby plains would witness snowfall. However, no warning has been issued for weekends. (ANI)

President Kovind to visit Uttarakhand amidst prediction of heavy showers

Uttarakhand to issue Chardham Yatra guidelines for pilgrims from 3 districts