The film starrer Varun Dhawan and Director Shoojit Sircar has launched the song on Wednesday. 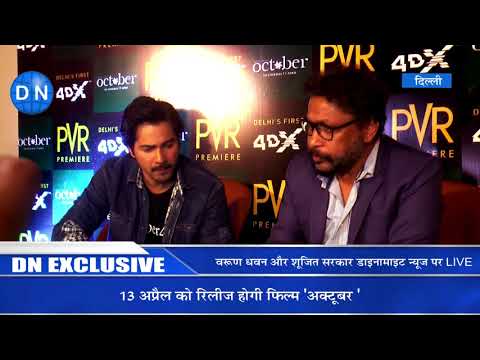 During the launching, Varun exclusively spoke to Dynamite News and said, "Not even this song but the entire movie is a breakthrough for me".

The actor has revealed that the film is based upon the Director Shoojit's life. Shoojit helped him a lot to come up with the real him (the character Dan) on reel.

This is the second song which has been launched. The song was sung by Rahat Fateh Ali Khan, music by Anupam Roy and the lyrics was written by Tanveer Ghazi. Earlier, 'Thehar Ja' was relaesed, got a tremdeous response from the fans.

Varun will seen opposite Banita Sandhu, who will be her debute movie, and with other 30 new comers. The film is all set to hit the theaters on 13 April.

October trailer unveiled, Varun-Banita will amaze you with intriguing character