Three years ago, India’s Vinesh Phogat left the wrestling mat on a stretcher with a knee injury that shattered her dreams of an Olympic medal in Rio.

Mumabi: Three years ago, India’s Vinesh Phogat left the wrestling mat on a stretcher with a knee injury that shattered her dreams of an Olympic medal in Rio.

The freestyle wrestler was one of India’s few gold medal hopes in Rio and the entire nation mourned as she lay on the mat writhing in pain during her bout against China’s Sun Yanan. Still rankled by the nightmare, the 25-year-old has secured herself another shot at Olympic glory at next year’s Tokyo Games after winning a bronze medal at the recent world championships at Nur-Sultan, Kazakhstan.

“I can never forget that injury. Actually every time I go on the mat for a match, that injury motivates me to win,” Phogat, who last year became the country’s first woman wrestler to win an Asian Games gold, told Reuters in an interview.

“Whatever the competition, whoever the opponent, I keep telling myself I have to get out of here as a winner.” Having added a world championship medal to her collection, the twice Commonwealth Games gold medallist believes Tokyo will be her best chance of Olympic success. 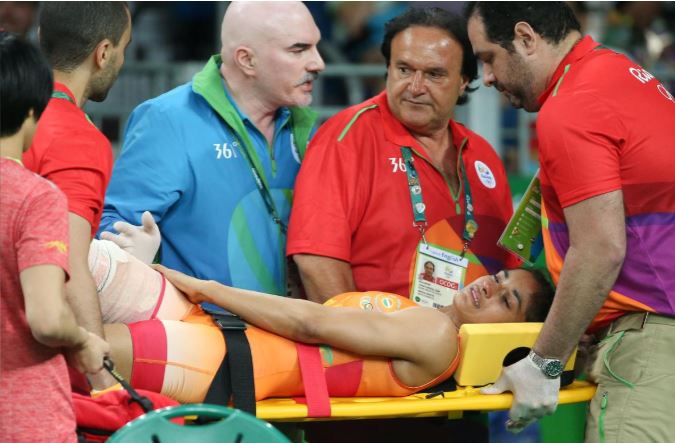 “After the injury I am going back to the same stage, so it is big for me,” she said by phone. “Every athlete has a peak time, I think I am at my peak right now. I have to take advantage of this phase and achieve the best that I can.

“I want to go back to the world championships and turn this medal (bronze) into gold and be a world champion. But my entire attention is now on Tokyo and I want to do well there.”

Months before the Rio Games, Phogat was thrown out of an Olympic qualifying tournament for being 400 grams overweight for the 48kg class. This time, however, she has confirmed her berth well in advance which will allow her to focus solely on Tokyo. (Reuters)

State of emergency begins in host city Tokyo as Games near

It was a 'tough' time: Narsingh Yadav after completing four-year doping ban