As moderate rains lashed the national capital and its adjoining areas on Sunday morning.

New Delhi: As moderate rains lashed the national capital and its adjoining areas on Sunday morning, traffic was thrown out of gear with vehicles moving at snail's speed due to waterlogging.

Commuters were stuck in the traffic jam for a few minutes at major junctions such as Dhaula Kuan, DND Flyover, AIIMS, Nigambodh Ghat due to ankle-deep water. Stretches around Pitampura and Kamla Nagar were also snarled due to this. 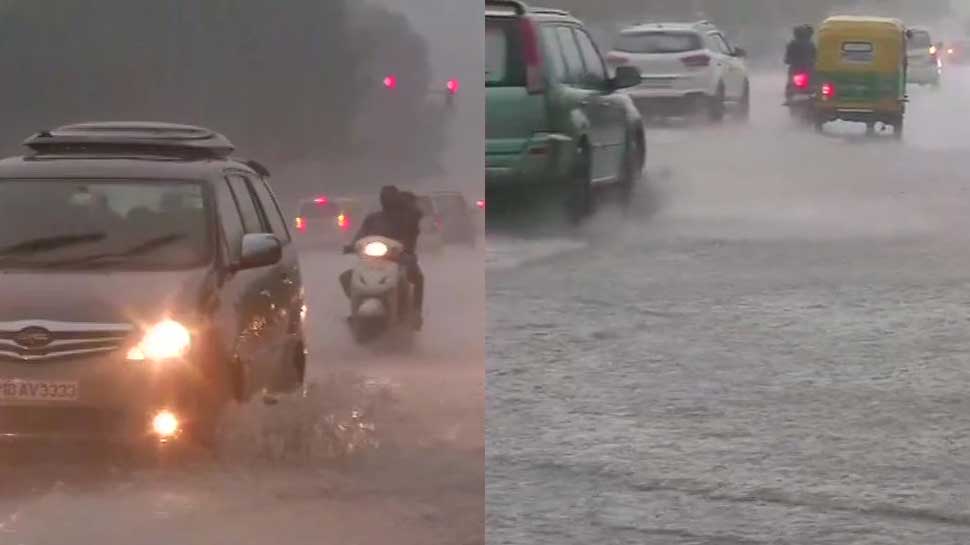 However, the moderate rain in the capital has brought around regions' air quality today to the 'good' condition. According to the System of Air Quality and Weather Forecasting (SAFAR), the overall air quality index (AQI) of Delhi, which was at 31, falling in the good category. 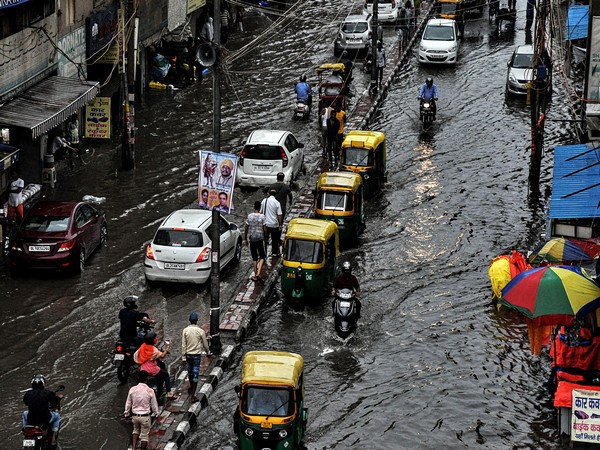 Delhi and its adjoining areas such as  Gurugram Noida Faridabad and Ghaziabad are likely to receive moderate  rains for next few days with minimum and maximum temperatures hovering around 25 degree Celsius and 34 degree Celsius, stated India Meteorological Department in its weather forecast bulletin.

The relative humidity in these regions is likely to oscillate between 87 per cent to 92 per cent for the next few days. (ANI)

Delhi receives maximum rainfall for May in 13 years

Waterlogging in several areas after incessant rains in Delhi