Bayern Munich crushed Arsenal 5-1 in their Champions League round of 16 first leg on Wednesday, scoring three goals in a dazzling 10-minute spell in the second half to extend their record to 16 consecutive home wins in the competition.

South Africa: After humiliating Arsenal 5-1 in the first leg-tie of the Champions League Round of 16, Bayern Munich coach Carlo Ancelotti believes under-fire Arsene Wenger can lead his out of their slump.

Bayern Munich on Thursday came out with a stupendous performance as they thrashed Arsenal and effectively guaranteed themselves a place in the Champions League quarterfinals at Allianz Arena, Munich.

Wenger, who has been at Arsenal for almost 20 years, in now under pressure and would have to find few answers when they face an uphill battle for the last 16 against Bayern Munich, in their second-leg tie on March 7. 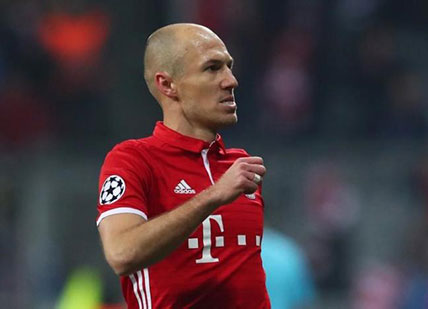 However, Ancelotti believes Wenger has the experience to pull the Gunners out of the mire.

"This is football, Arsene has the experience to manage this result and move forward - this is only one game,” Ancelotti as saying.

Arsenal, who have been eliminated in the first knockout round of the competition in each of the last six seasons, were never in the game as they not only conceded five goals but over 75 percent possession in Germany. 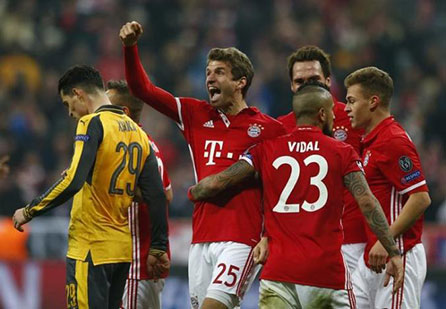 Alexis Sanchez scored Arsenal in the 30th minute of the game. (With ANI Inputs)

Emery unsure whether Xhaka will play again for Arsenal

Arteta impressed with 'really strong' Arsenal after win over Newcastle