Sushma Swaraj on Saturday said that the onus was on India to protect and promote Hindi's influence globally.

Speaking at the 11th Vishwa Hindi Sammelan (World Hindi Conference) here, Swaraj said while most of the previous conferences were literature-centric, this one was organised with the aim to be more language-centric.

Swaraj said, "Our writers produce very high-level of literature and poetry, both in India and abroad. But if the language is dwindling in influence, and if people are losing their understanding of it, how will they appreciate that literature and poetry? How will it get passed on to the future generations?" 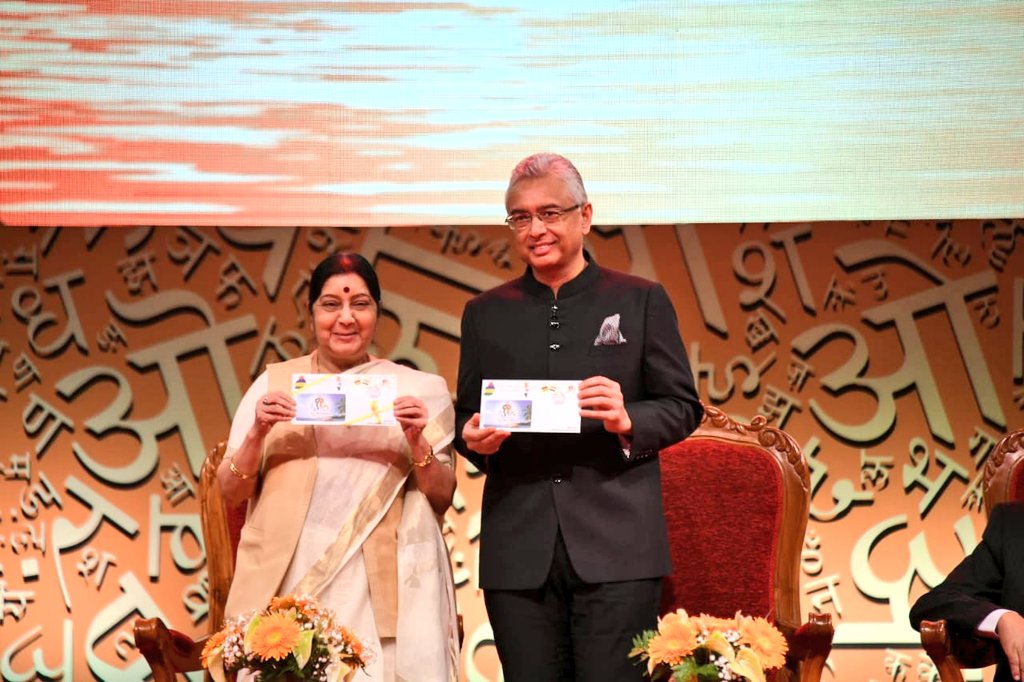 "Thus the need arises now to protect the language, to promote it where it is still relevant and maintain a certain level of purity. The 10th conference was organised with that aim, and so is this one. I assure you, India will carry out this responsibility to the best of its ability," she added.

The Minister also announced that one of the objectives that had been in discussions for a long time was to establish a World Hindi Secretariat, and that has now been accomplished. In March, President Ram Nath Kovind had inaugurated the Secretariat in Mauritius.

The EAM further stated that although their efforts to make Hindi an official language at the United Nations (UN) went in vain, they had started broadcasting weekly news in Hindi. Swaraj added that if it garners enough following, the UN could make it daily as well.

Meanwhile, Mauritius Prime Minister Pravind Kumar Jugnauth, while expressing condolences over the passing away of Atal Bihari Vajpayee, praised the former Indian Prime Minister for his love for the Hindi language and the unique ability to stir passion in millions through his addresses.

"We mourn the loss of a great son of India and a dear friend to Mauritius. We will remember him as a master orator, global thinker and a patriot. The 11th World Hindi Conference could not be a better tribute to Shri Vajpayee," Jugnath said. 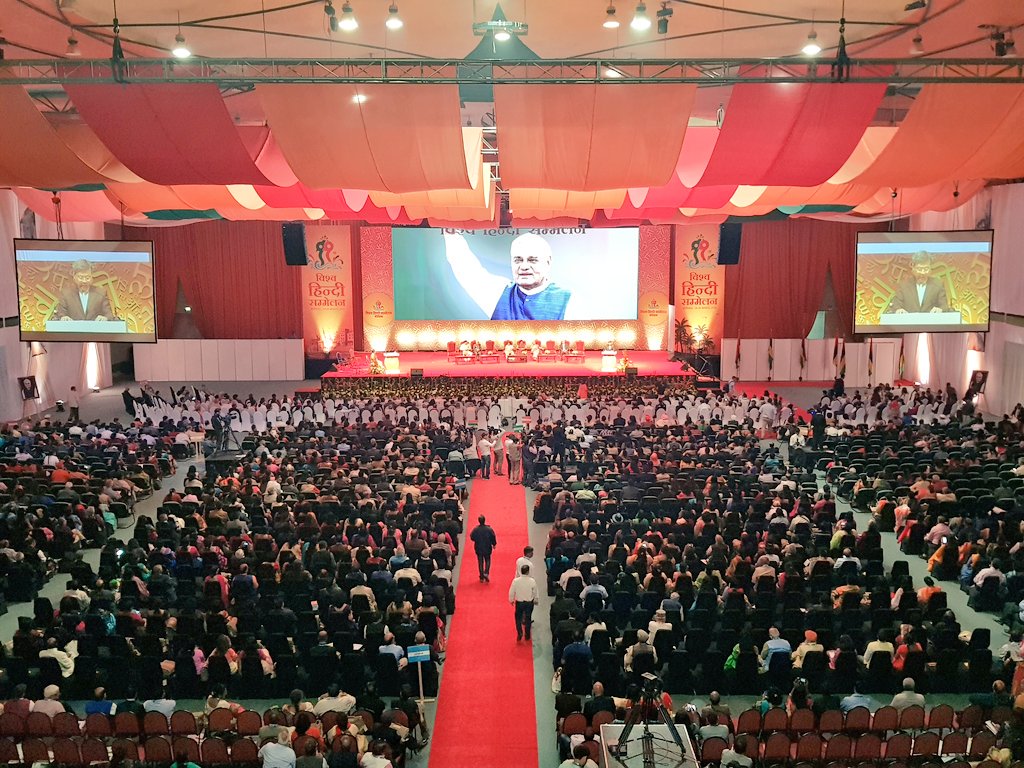 He also announced that the cyber tower in Mauritius, which Vajpayee had contributed towards, will henceforth be named as Atal Bihari Vajpayee tower.

This was the first time that a special flight was arranged for the official Indian delegation. Around 290 delegates arrived at Port Louis on Friday. This is also the first time that representatives from all the 29 states and Union Territories of Delhi, Chandigarh and Puducherry were participating in the conference.

The World Hindi Conference was started in 1975 to make the Hindi language a medium of service and knowledge and enable it to move forward with the time. (ANI)