Superstar Akshay Kumar has seen both good and bad phases in his career and he believes it is important to learn from such experiences.

Mumbai:  Superstar Akshay Kumar has seen both good and bad phases in his career and he believes it is important to learn from such experiences as nothing is permanent in life.

The actor said he has seen people write an obituary of his career after a string of flops but he has always made a strong comeback.

"I have been through this phase three times. So I wouldn't be surprised if I go through it again. The best way is to keep working hard. When I had delivered 14-15 flop films, everyone said 'Gaya Gaya' and then after giving hit films, I heard them saying, 'Aa Gaya Aa Gaya'. I remember these words.

"It is part of life and this happens to everybody, be it in personal or professional life. Basically, you have to take it all in your stride, be bold and face the next day," Akshay said in a group interview.

The 51-year-old actor is currently one of the most bankable stars in Bollywood, courtesy his back-to-back hits like "Toilet: Ek Prem Katha", "Gold" and "Kesari".

His ardent fans have given him the sobriquet 'Guarantee Kumar', owing to his recent performance at the box office, but Akshay believes a person's success is a result of good combination of hardwork and luck.

"Audience is very bold today and they don't care, they say what they feel is correct. I am glad the audience calls me that ('Guarantee Kumar'). But there is no guarantee of anything. There are times when I see a film and feel it will do wonders at the box office but then it doesn't work at all. So you don't know what will work, till it releases.

"After 30 years, I have realised that films work not just due to hard work, it is definitely needed, but you do need luck and it does make a lot of difference. I believe 70 per cent in luck and 30 per cent hard work," he added. 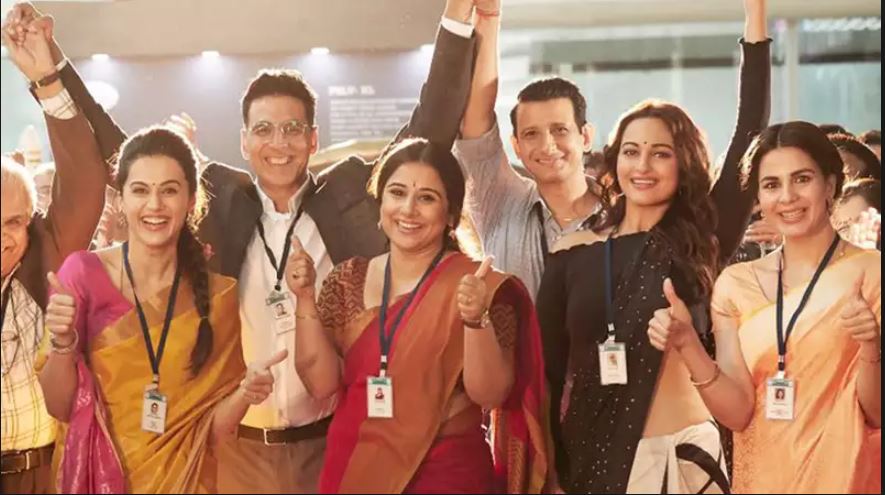 The actor is currently promoting his next release "Mission Mangal", which is set to hit the theatres on the Independence Day.

The film is based on real-life scientists, who contributed to India's first interplanetary expedition, Mars Orbiter Mission (MOM), launched by Indian Research Space Organisation (ISRO) in 2013.

Akshay said of late, the efforts of India's premiere space agency have started getting recognised by everyone and he believes a part of the credit should go to the current government.

"I was reading an article in which it was written that earlier two to three per cent of the budget was given to space and science. Now it is 18 per cent. This government is going to focus on space science and all. So we see something like 'Chandrayan 2'.

"ISRO is there for 50 years but it has become very famous of late because we used to not talk about it earlier," he added.

Citing the example of Union minister Nirmala Sitharaman, who previously was the Defence Minister and is currently the Finance Minister of the country, Akshay said Prime Minister Narendra Modi's government is walking the talk when it comes to gender equality.

"Mission Mangal" may have a niche topic at the centre but Akshay said the film also has a commercial aspect which helps in making it appealing to the masses.

"I have not made a documentary film. I have made a commercial cinema where there are elements of laughter, fun, emotions and two-three songs. When I made 'Toilet: Ek Prem Katha', I did add commercial elements to make it more appealing. You have to bring such stories on the big screen but in a commercial way," he said. (PTI)

Amitabh Bachchan gearing up for eleventh season of KBC