He also said that West Bengal, which witnessed TMC sponsored violence during the elections, will also give surprising results and the voters will give a befitting reply to the people, who tried to defame the democracy.

Talking to reporters after casting his vote at the booth inside the Gorakhsnath temple on Sunday, CM said that there could be political opposition but everyone should unite for the strengthening of the democracy by supporting a peaceful polling. Yogi, who was one of the first among the voters at his booth to cast his franchise just after 0700 hours, thanked the people of UP for holding a peaceful elections.

"In this elections, first time after the Independence- caste, creed, communal or regional issues were wiped off from the polls, and development and country 's security and integrity was the only agenda for vote before the people," he said.

Claiming that there is no doubt of Narendra Modi getting his second term with a landslide victory on May 23, he said the target to win 300 + seats for BJP and 400+seats for NDA would be achieved while in UP too 74+ seat target would be fulfilled. 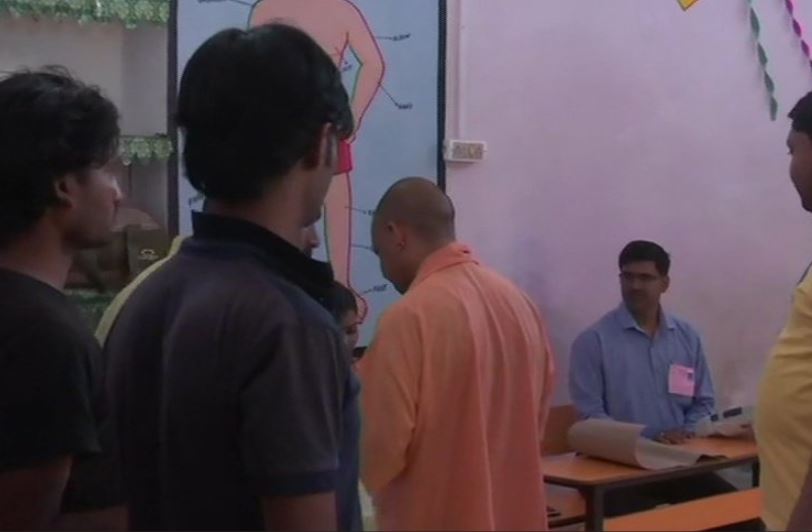 Yogi asked the people of West Bengal to vote in large number so that they can register their protest on the poll violence.

"Wait for May 23 and every thing would be cleared," he added. (UNI)

CM Yogi Adityanath: PMs prior to Modi sat in the last row and clap