While addressing an event here, Yogi said, "The entire country at this moment stands with the state of Kerala. We are sending 25 trucks with 7 MT of materials including eatables and drinking water. They will be taken to Trivandrum by the Indian Air Force planes. I thank everyone who has contributed in providing relied material and we will keep sending more to Kerala." 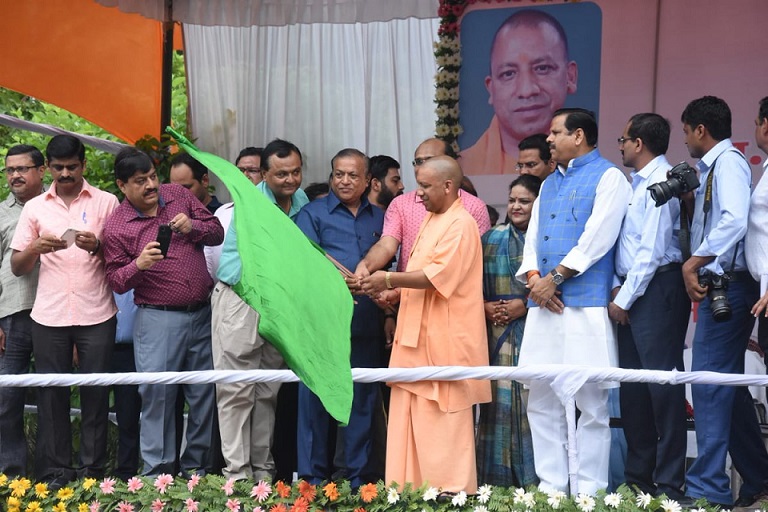 Hailing Prime Minister Narendra Modi and Bharatiya Janata Party (BJP) President Amit Shah for taking immediate action, Yogi said, "Three days back it was Prime Minister Narendra Modi who announced an urgent relief of Rs 500 crore for relief and rescue operations in Kerala. The BJP President Amit Shah also urged every BJP party members, ministers, to stand by the side of Kerala flood victims. We all have our sincere thoughts with them."

On Saturday, Adityanath announced an assistance of Rs. 15 crore for Kerala. The state witnessed the worst flooding in a century this monsoon season. While the death toll due to the deluge was 357, the state has incurred a loss to the tune of approximately Rs. 19,512 crore. (ANI)

UP Govt: Will correct anomalies in minority quota