17-year-old Dalit girl gang-raped in UP

The accused also recorded a video of their act, they said.

The incident took place in Muzaffarnagar's Phulat village under Ratenpuri police station on Sunday, they added. 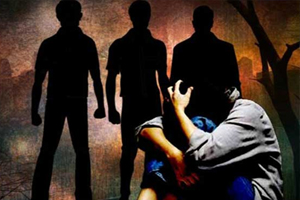 According to a complaint lodged by the girl's brother, she had gone to the fields to collect fodder for cattle when the accused raped her.

The five accused also threatened to make the video public if the girl reported the matter to anyone, the complaint said.

A case has been registered and three accused have been arrested. Efforts are on to nab the remaining two, Station House Officer Kamal Singh Chouhan said.(PTI)

Cleric gets five yrs jail for attempting to rape minor