Young climate change activists delivered a strong message to United Nations Secretary General Antonio Guterres on Saturday: If elected officials do not take strong actions to combat climate change, they will be voted out of office.

New York: Young climate change activists delivered a strong message to United Nations Secretary General Antonio Guterres on Saturday: If elected officials do not take strong actions to combat climate change, they will be voted out of office.

Guterres gave youth activists the floor at the U.N.’s first youth climate change summit, an informal event aimed at connecting young activists and entrepreneurs with global leaders to build support for technological and policy solutions to combat climate change ahead of the official Climate Action Summit on Monday. 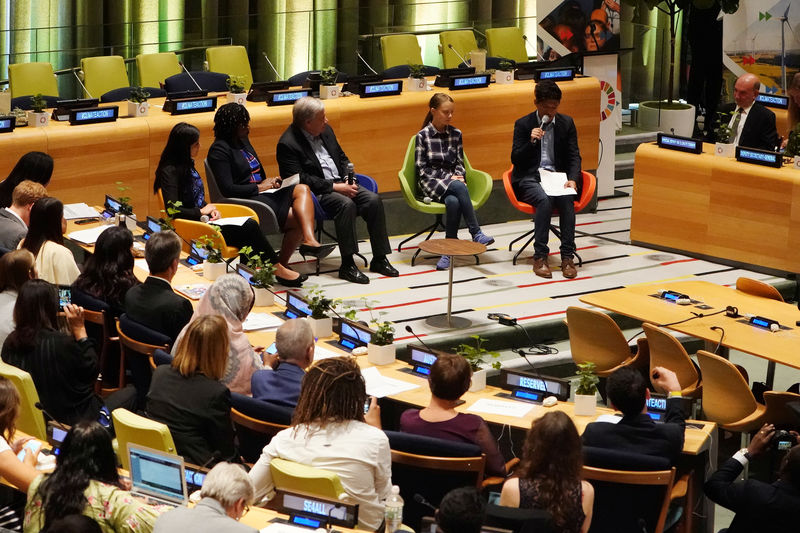 Emboldened by Friday's global climate strike, in which millions of young people here and adults from Australia to Iceland took off from school or work to demand urgent measures to stop environmental catastrophe, youth activists told Guterres that world leaders who will attend the UN climate summit on Monday cannot ignore the outpouring of youth action, anger and fear.

“We showed that we are united and that we, young people, are unstoppable,” said Greta Thunberg, the 16-year old Swedish climate change activist who inspired the global action through her solitary protests outside the Swedish Parliament last year.

Fijian climate change activist Komal Karishma Kumar complained that world leaders have been negotiating climate change treaties since 1992 without achieving greenhouse gas emission reductions. “We will hold you accountable,” she said. “And if you do not remember we will mobilize to vote you out.” 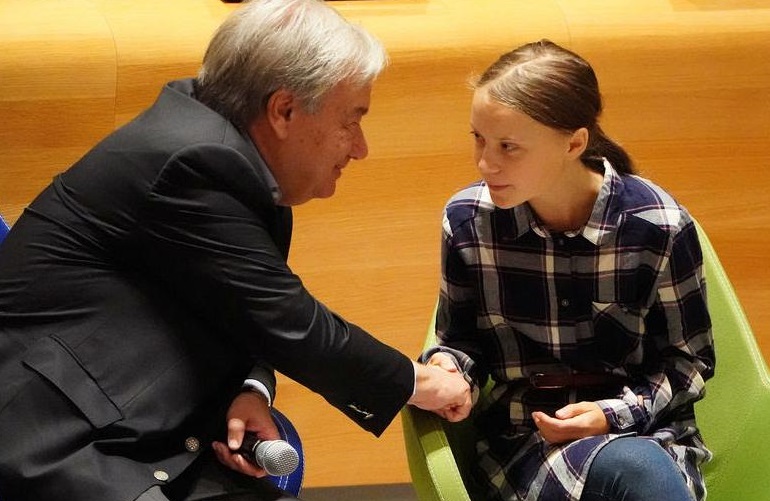 The secretary general ditched his usual tie for an open collar and served as the “keynote listener,” sitting beside the young activists in colorful chairs in the U.N.’s trusteeship room.

After their speeches, he urged the young activists to keep the pressure on.

“Hold my generation accountable. My generation has largely failed until now to preserve both justice in the world and the planet,” he said. (Reuters)