The opposition to the Agnipath scheme of the Central Government to recruit youth into the three wings of the Indian Army has spread in many states of the country. The young aspirants of Delhi-NCR have also taken to the streets to protest against the scheme. Read more on Dynamite News: 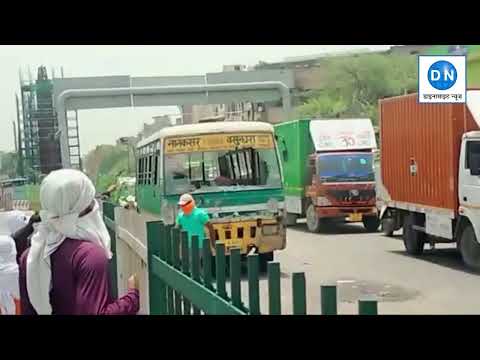 New Delhi: Opposition to the Agnipath scheme announced by the Centre for the recruitment in the Indian Armed Forces has spread in many parts of the country. The protest, which started from Bihar, has spread to seven-eight states including Delhi-NCR.

Many young jobseekers on Friday protested in Bhajanpura-Khajuri in Delhi against the scheme and vandalized buses and stalled traffic.

The services of Delhi Metro were also affected. Some gates of ITO, Delhi Gate and Jama Masjid metro stations were closed as a precautionary measure.

Earlier, on Thursday many protesters went to Nangloi railway station and blocked the railway track. They shouted slogans and lay down on the tracks for some time. Later, police and GRP personnel persuaded the agitators to leave the railway track.

On Delhi-Jaipur Highway in Gurugram too protesters stalled the highway traffic resulting in a massive jam. In view of the protest, Section 144 has been imposed in Gurugram.

In Ballia in Uttar Pradesh some young jobseekers went to railway station and set a standing train on fire. Youths are protesting at many other places also in the state.

Bihar is witnessing maximum protests against Agnipath. Other places include Haryana, Jammu, Rajasthan and Uttarakhand.

Delhi continues to reel under severe cold at 3.4 deg C