The air quality in New Delhi continues to deteriorate and slip into the 'severe' category in several places across the city.

New Delhi: The air quality in New Delhi continues to deteriorate and slip into the 'severe' category in several places across the city.

A layer of haze lingered over the national capital earlier this morning.The overall Air Quality Index (AQI) of Delhi docked at 392 in 'very poor' category, according to the Center-run System of Air Quality and Weather Forecasting And Research (SAFAR).

The overall air quality of Delhi has improved as level of 24 hour averaged value of lead pollutant (PM2.5) recorded below 250 ug/m3 in the wee hours of Wednesday, that is defined as 'very poor', as forecasted by SAFAR. 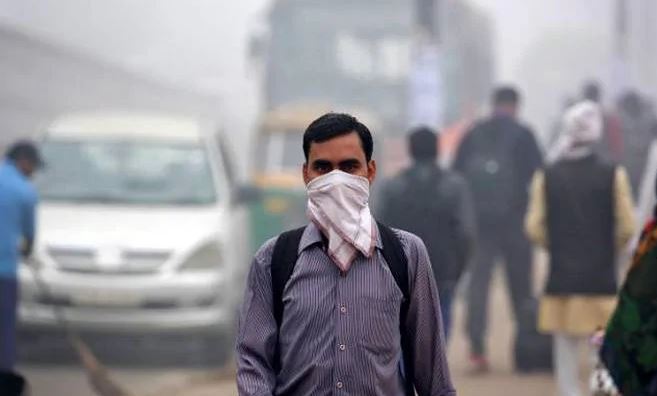 According to the agency, the overall pollution level during Diwali period of the current year was found to be better than the past three years. Boundary layer wind speed helped to flush out the additional load of last night.

The levels of PM 2.5 reached as high as 519 in 'severe category' in Noida, Uttar Pradesh.

AQI is forecasted to be in higher-end of very poor category for the next two days with few touching higher levels. (ANI)