Anamika Shukla' case assigned to UP STF for probe

The case of withdrawal of salaries worth lakhs of rupees from several government schools across Uttar Pradesh for many months purportedly in the name of same woman teacher has been assigned to the state STF for probe, an official said on Sunday.


Lucknow: The case of withdrawal of salaries worth lakhs of rupees from several government schools across Uttar Pradesh for many months purportedly in the name of same woman teacher has been assigned to the state STF for probe, an official said on Sunday.

"A probe by the STF was ordered in Anamika Shukla case almost three days ago. Investigations are going on in districts where cases have been registered. The STF is probing the larger conspiracy. We are trying to identify culprits. Arrests are likely very soon," Inspector General Amitabh Yash of UP police Special Task Force of told PTI on Sunday.

Other STF officials said the probe is underway in districts of Allahabad, Aligarh, Rae Bareli, Saharanpur, Kasganj and Ambedkarnagar.

It seems to be the handwork of junior departmental staff, they added.

The curious case of the fraud surfaced recently when it was reported that over Rs 1 crore had been withdrawn as salaries and allowances from 25 Kasturba Gandhi Balika Vidyalayas across the state in 13 months in the name of same woman teacher, identified as one Anamika Shukla, purportedly working for all of them simultaneously. 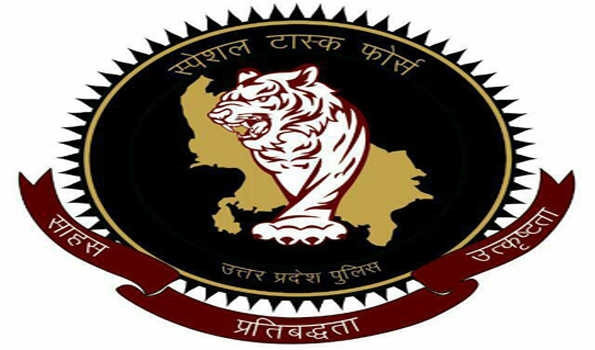 Within days of media reports on the case, a Kasganj resident, identified as Anamika Shukla and working for local Kasturba Gandhi Balika Vidyalaya, approached the district's Basic Shiksha Adhikari Anjali Agarwal to tender her resignation, fearing arrest in the case.

She was, however, arrested by Kasganj police on June 6. This was followed by UP Minister for State for Basic Education Datish Dwivedi's statement on June 9 that the probe into the case by police has revealed that same set of documents were used to draw Rs 12.24 lakh from nine schools in several districts.

The same day another Anamika Shukla, a Gonda resident, appeared before the district BSA Indrajeet Prajapati's office pleading innocence in the case and claiming that her educational qualification documents appeared to have been used by the tricksters. She had earlier passed the UP TET and had applied for a teacher's job in Kasturba Gandhi Balika Vidyalaya at Gonda, but despite making it to the list of successful candidates, she had not been able to join the school due to some personal reasons.

Within days after meeting the BSA, Gonda resident Shukla was on Saturday appointed as an assistant teacher on ad-hoc basis by a local, state aided private school Bhaiyya Chandrabhan Datt Smarak Vidyalaya. (PTI)

Two arms smugglers held with arms and ammunition in Prayagraj

UP STF detains 46 persons, ahead of UP LT Grade teacher recruitment examination

UP: STF arrests 5 involved in manufacturing of illegal weapons