BJP leader Anandiben Patel wrote a letter to party chief Amit Shah, requesting him to give a chance to new leaders for the upcoming assembly elections on her place in the state.

Ahmedabad: Bharatiya Janata Party (BJP) leader and former Gujarat chief minister Anandiben Patel on Monday wrote a letter to party chief Amit Shah, requesting him to give a chance to new leaders for the upcoming assembly elections on her place in the state.

In her letter, Anandiben asserted that she has been working with the party from past 31 years and during that period, she efficiently carried out all the responsibilities that was handed over to her. 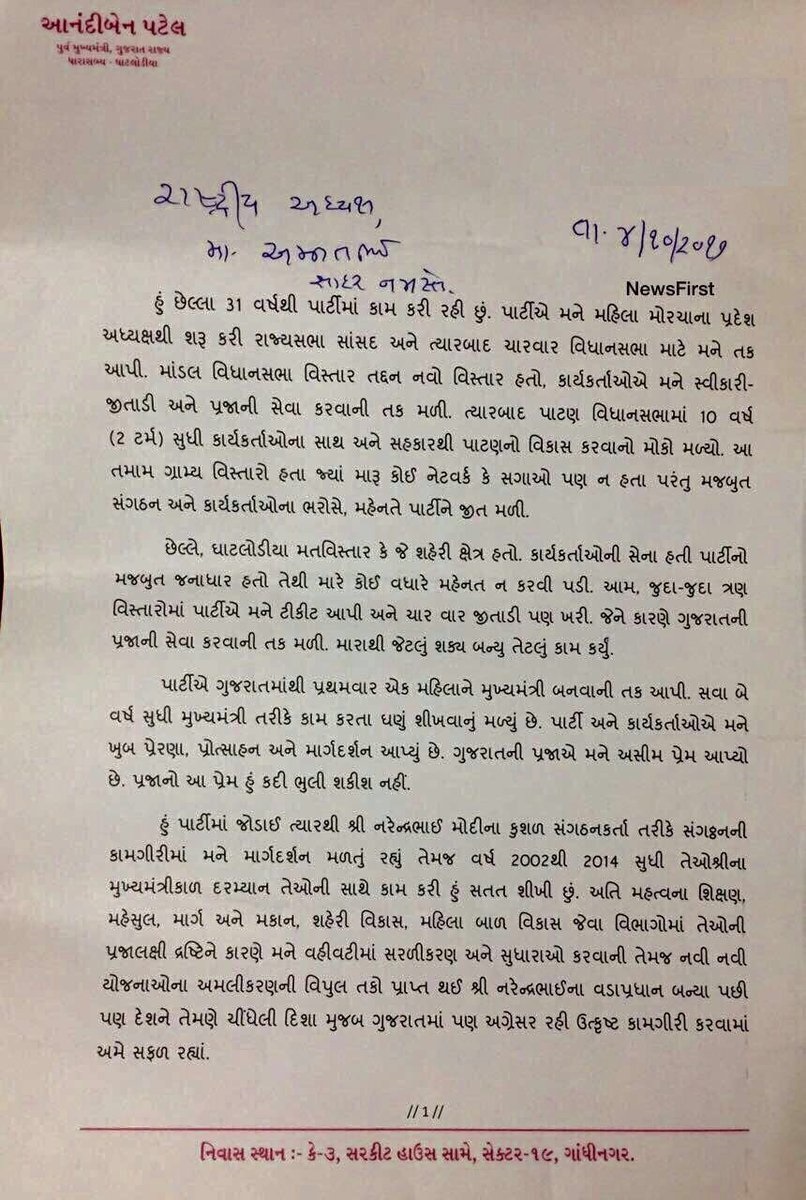 She mentioned that as per the BJP policy, one has to resign after crossing the age limit of 75 years. 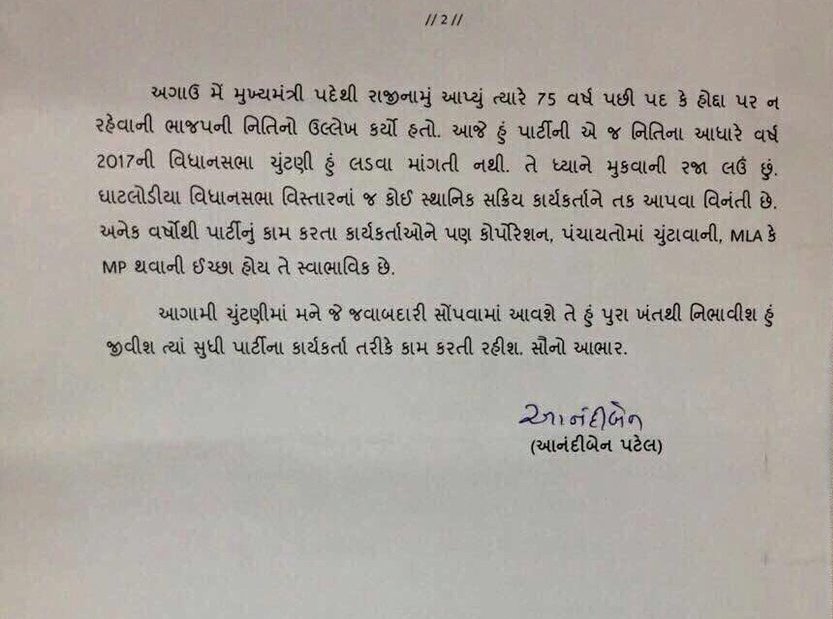 She further wrote that whatever responsibility will be given to her in future, she would be happy to handle it.

Anandiben had joined BJP in 1987. She handled number of major portfolios in the Gujarat assembly cabinet from 2007 to 2014, when Narendra Modi was the chief minister of the state.

She became the first woman chief minister of Gujarat in 2014 after Narendra Modi resigned from the post to the take the charge of the Prime Minister of India.

Anandiben remained on the post till 2016, after which she resigned. (ANI)