Andreescu battles back to see off Mertens in New York

Canadian teenager Bianca Andreescu came from behind to overpower Elise Mertens 3-6 6-2 6-3 and reach her first Grand Slam semi-final at the U.S. Open on Wednesday.


New York: Canadian teenager Bianca Andreescu came from behind to overpower Elise Mertens 3-6 6-2 6-3 and reach her first Grand Slam semi-final at the U.S. Open on Wednesday.

After a flawless first set from Mertens the tide turned in Andreescu’s favour in the second when she fired a cross-court forehand winner to break the Belgian at love and take a 4-2 lead.She fired another winner, her 40th, up the line to seal the win on a hot and humid night under the lights at Arthur Ashe Stadium. 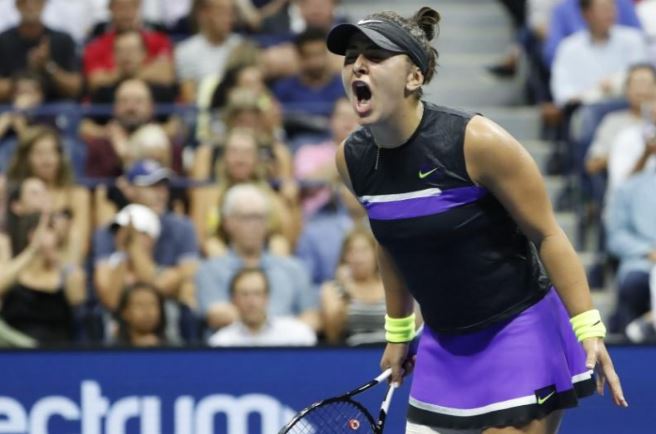 “This is honestly so crazy,” an emotional Andreescu said in an on-court interview. “A year ago I was in the qualifying round, I remember I was suffering from a back injury. 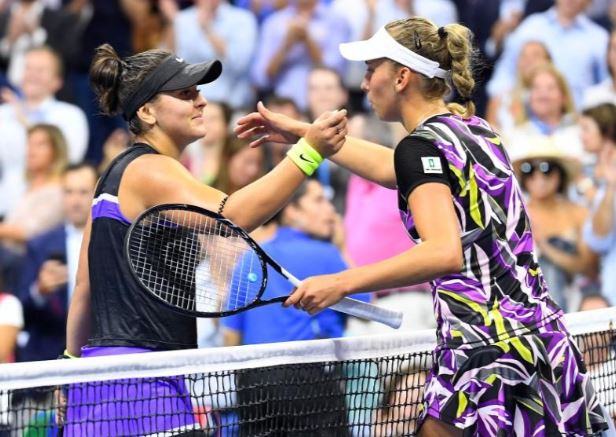 “I need someone to pinch me right now. Is this real life?” Andreescu will next face fellow first-time semi-finalist Belinda Bencic on Thursday after the Swiss advanced in straight sets earlier in the day.

The two have never played each other before.The quarter-final offered a fascinating contrast in styles between the explosive power of the Canadian teenager and the steady counterpunching of the 23-year-old Mertens.But once the 15th-seeded Andreescu found the range with her punishing groundstrokes, she was able to wear down the 25th-seed and pile up the winners. 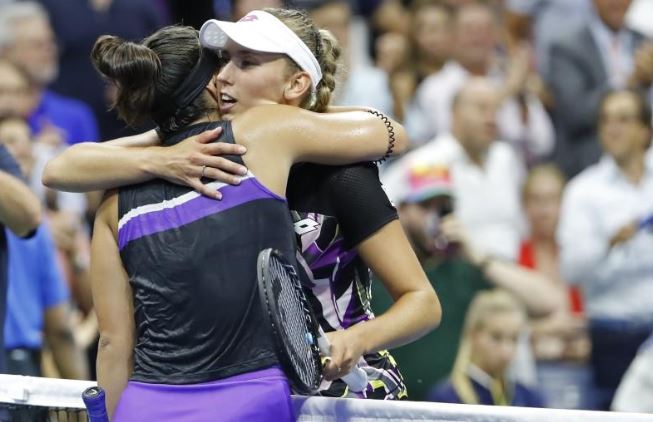 “She can do well in the big moments,” Mertens said. “She gets that one more strike. She’s a very powerful hitter but also a good mover.”

The victory continues a strong-run for the 19-year-old, who clinched titles at Indian Wells in March and last month’s Canadian Open. 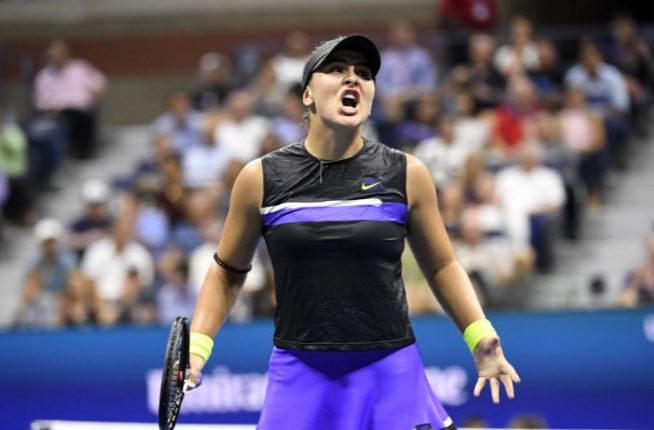 MENTAL EDGE
Andreescu uses meditation and visualization to keep her mind sharp and said the techniques she learned as a child help her deal with the pressure of the moment.

“I think if you can control your mind, then you can control a lot of things,” she told reporters.“I think that’s what’s been working really well for me. I just kept doing that. When I’m on the court in front of these big stages, I’m really good at just blocking everything and staying in the zone.”

And in a warning sign for her competition, Andreescu said she still has room to improve at the tournament. 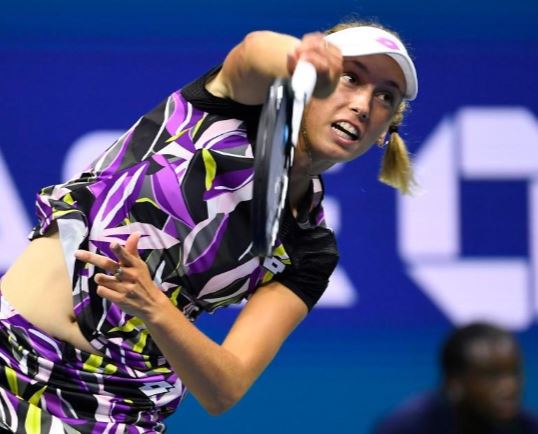 “I’m going to be honest. I don’t think I’ve played my best tennis,” she said.“I just fought really well with what I had every single day. I think that’s the most important thing for me, and I’m sure for every athlete you’re not going to have good days every day.

“So I just try my best to figure out what’s going well and what’s not and just go from there.”(Reuters)