He took to his Instagram account and posted pictures of his father Boney Kapoor and sisters Anshula Kapoor, Janhvi Kapoor and Khushi Kapoor.

He took to his Instagram account and posted pictures of his father Boney Kapoor and sisters Anshula Kapoor, Janhvi Kapoor and Khushi Kapoor.

Calling Anshula an extension of him, he wrote, "Happy birthday Ansh... ur an extension of me, the best part of me & u always shall be the world to me... #happybirthdayanshula #bestsisterever #growinguptoofast." 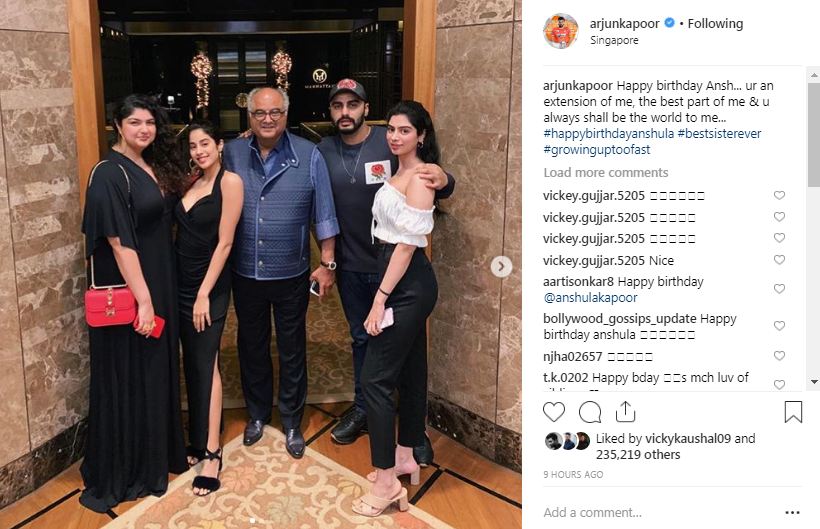 Arjun and Anshula always have each others' back and never fail to give sibling goals with their sweet messages, cute banter and lovely posts for each other.

Sonam Kapoor too extended her heartfelt wishes for sister Anshula on her Instagram story.

"Happy Birthday Anshula! You're always such a source of brightness and laughter, I hope you never change. Have a fabulous year of ahead," Sonam wrote alongside a picture of her and Anshula from the 'Neerja' actor's wedding day. 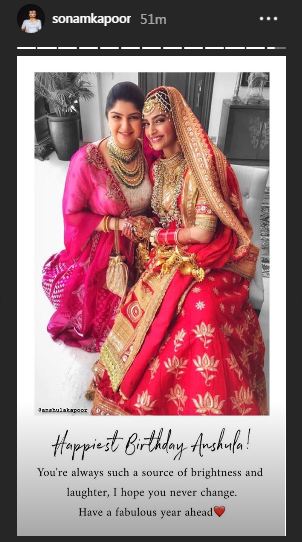 Boney and his children Arjun, Anshula, Janhvi and Khushi have headed to Singapore for New Year celebrations. Anshula has been actively sharing photos from the family vacation on her Instagram account.

Arjun will next be seen in Dibakar Banerjee's 'Sandeep Aur Pinky Faraar' alongside Parineeti Chopra. He also has two other movies in his kitty including Ashutosh Gowariker's 'Panipat', which also stars Sanjay Dutt and Kriti Sanon and 'India's Most Wanted'.

Arjun Kapoor showers love on Malaika Arora on her birthday